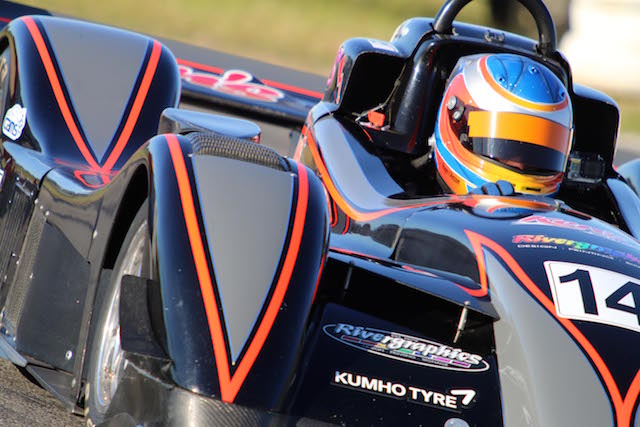 MEDIA RELEASE: The Australian Sports Racer Series is pleased to announce that not only will Kumho Tyre once again supply the control tyre for the series in 2017, but that it has also come on board as the naming rights sponsor for the SR2 division.

The class will now be known as ‘The Kumho Class’ and if 2016 is anything to go by, is sure to host some exceptionally competitive racing across the coming season.

Kumho Tyre Australia’s Rachael Sinai said this was an exciting time for Kumho and its relationship with the Australian Sports Racer Series.

“Kumho Tyre have been a part of the Australian Sports Racer Series as its control tyre supplier since 2014, and it is a relationship that continues to grow,” Sinai said.

“We are very pleased that once again we will continue into the new season as the control tyre supplier for this burgeoning class which really offers something special in the Australian motorsport landscape.

“It is certainly exciting for all of us also to see our relationship expand in 2017, with the naming rights sponsorship of the SR2 Division which will now be known as the Kumho Class.

“Allowing more racers to compete for title honours and hosting some very interesting and close racing since its introduction, I can’t wait to see what the Kumho Class has in store for 2017.”

All events will feature free live streaming of Sunday’s action – which in 2016 averaged an audience of 11,000 per event – as well as post-produced highlights packages which will be broadcast on SBS Speedweek and Fox Sports.

In addition, these programs will be available for free on-demand viewing online after their air dates, while footage will also reach an estimated 27 million homes throughout the UK and continental Europe across the year thanks to the fact that a considerable number of countries provided with satellite and cable programming via the Motors TV Network.

ABOUT THE AUSTRALIAN SPORTS RACER SERIES

The Australian Sports Racer Series is an exciting national motorsport series providing something different amongst Australia’s crowded motorsport landscape. Launched in 2010, the Series joined the popular Shannons Australian Motor Racing Nationals in 2014, successfully launching the Series onto the national stage.

Designed to maximise aerodynamic performance while weighing just 400kgs, these racers are powered by high-tech production-based motorcycle engines which rev to 13,200 rpm. Capable of punching out lap times equal to the mighty V8 Supercars at many circuits around Australia, these rockets are sure to grab your attention, whether you are behind the wheel, or in the grandstand.

In 2015 the Australian Sports Racer Series employed a new championship structure, which saw the introduction of divisional racing for the category – allowing more of the field to compete for race day honours whilst also still being in the running for the ‘outright’ SR1 Championship. This format was further expanded in 2016 with the introduction of titles for F1000 and Radical racers, and will continue in 2017.

All drivers will be seeded according to their performances at previous national rounds and/or their domestic meetings, while racers for individual events will be seeded on their merits. Kumho Class (SR2) points will be awarded as per the 2017 Series Sporting Regulations, and Kumho Class drivers who qualify more than twice in the top three or finish a race more than twice in the top three during a season will be reclassified to be eligible only for the SR1 championship.