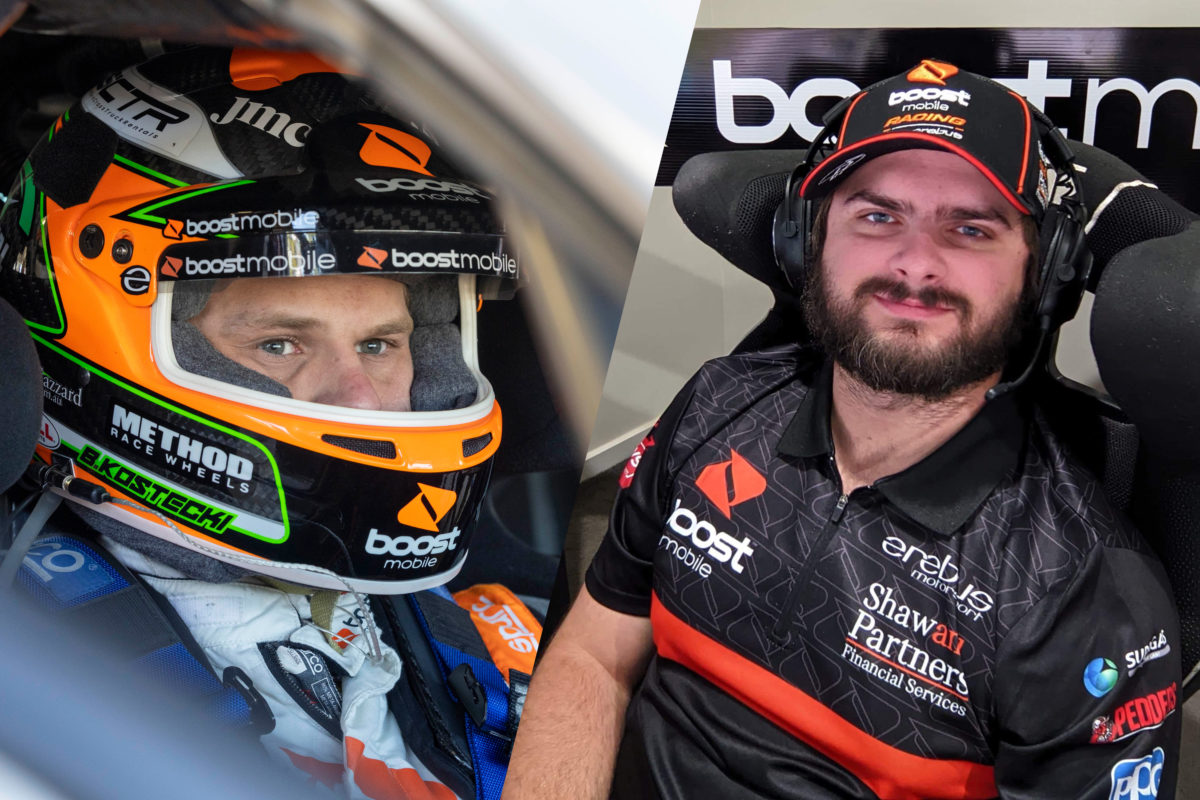 Boost Mobile Racing powered by Erebus has signalled its intentions of challenging for the 2022 Supercars Eseries title, with Brodie Kostecki and Jarrad “Fuelcell” Filsell spearheading the campaign.

Kostecki and Filsell will jump back behind the virtual wheel of the Boost Mobile-backed Commodores for the six-round series which kicks off Wednesday.

Similarly to last year, the hybrid format will consist of two championships within the series: main game Supercars and Super2 drivers will headline the All Stars Series, while elite gamers will represent respective teams in the Pro Series.

Kostecki racked up four pole positions, three race wins and a further two podiums on his way to claiming last year’s All stars crown, and has his sights set on a second title this season.

“It’s always a bit of fun and it’s a bit less serious than what we do in real life.

“Jarrad and I are teammates in other competitive sim racing series so it makes sense for him to be on board again.

“He did a great job last year and we’re both really looking forward to working together again this year.

“It should be a good year for us, we had a great year last year so I’m looking to repeat it and secure a second Eseries title.”

Kostecki is no stranger to virtual racing, and just recently scored a first and second in his first outings in the Logitech G Supercar Pro Invitational, the same series currently led by Filsell.

Filsell, who is a four-time V8SCOPS champion, two-time Bathurst 1000 winner and has more V8SCOPS race wins than any other driver, is looking to continue his dominating form.

He is yet to finish outside the podium in the Invitational Series, and last year scored three podiums on his way to fourth in the Pro Series overall standings.

“I’ve done a lot of racing between last years Eseries and now. I’ve been working closely with Brodie and really just racing anything and everything,” Filsell said.

“More recently, I’ve been racing V8’s in the Logitech G Pro Invitational Series which I’m currently leading so that’s giving me confidence heading into this year’s Eseries knowing that I can still drive and be competitive.

“We saw a lot of technical issues last year and I think without those, the top three would have been relatively comfortable so that’s where I’m aiming for this year.”

The first instalment of the Eseries will commence Wednesday July 20 with all rounds broadcast live on Fox Sports 506, Kayo, 7plus, Youtube, Twitch and Facebook.