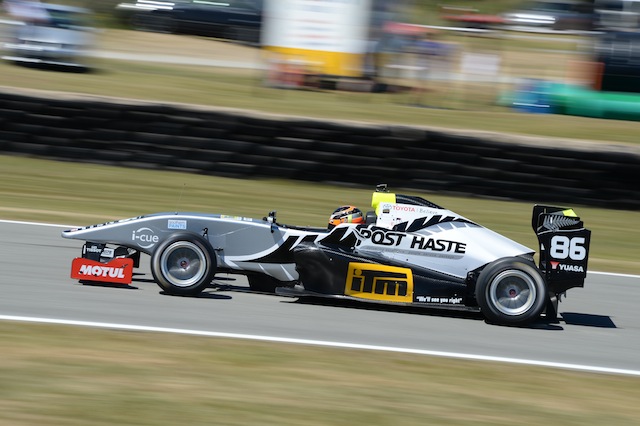 Toyota New Zealand Motorsport Manager Steve Boyce says the Fund will provide essential support for New Zealand drivers to gain experience with modern ‘wings and slicks’ race cars as well as show results in a credible, internationally respected championship. It will take effect for the January and February 2016 series.

Post Haste’s Warwick Mitchell says the company’s passion is to help New Zealanders achieve their goals and do more, both in this country and overseas.

“The Fund is a perfect fit for us. It lines up very well with Post Haste’s own values and helps to enhance the opportunity for Kiwi drivers,” said Mr Mitchell.

The profile of TRS is now well established among the top international race teams and many team managers and ‘talent spotters’ direct young drivers to race in New Zealand during the northern hemisphere off-season.

And it has seen New Zealand race drivers move onto many international championships.

But while some might believe race car drivers are all supported by wealthy families or generous sponsors this is often not the case.

Many talented local drivers do not get the chance to show their true potential.

Mr Boyce says the Kiwi Driver Fund is an ideal way for New Zealand companies to help the next generation of New Zealand race drivers at a critical point in their development and to gain some valuable media exposure in the process.

Companies in the export sector also gain access to television audiences in the more than 70 countries around the world where the series is broadcast.

“Our commitment is unwavering. TRS is truly unique in New Zealand and internationally and we remain committed to propelling Kiwi driver talent onto the world stage.

“The Kiwi Driver Fund is an essential foundation for this vision,” said Mr Boyce.