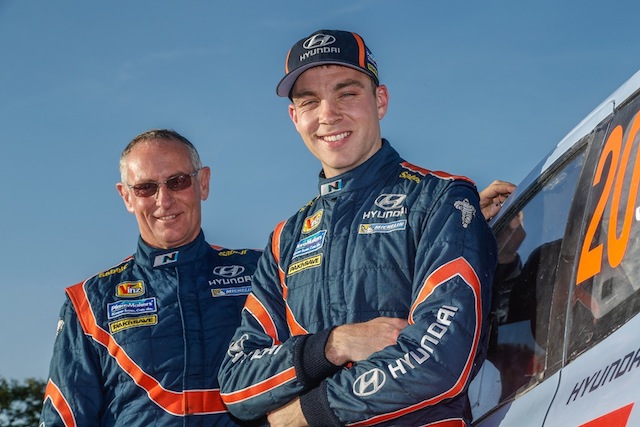 Kiwi rally stars Hayden Paddon and John Kennard will be backed by several of New Zealand’s best-known brands as they face their biggest-ever season in the FIA World Rally Championship.

Following a successful debut season comprising six events with Hyundai Motorsport in 2014, Paddon and Kennard – from Geraldine and Blenheim respectively – are contracted to the team for an expanded programme of 12 WRC events in 2015 and will be backed by partnerships with Kiwi brands Hyundai New Zealand, PlaceMakers and Pak’nSave.

Now back in Europe and having just completed the reconnaissance component of the WRC opener, Rallye Monte Carlo, Paddon says: “The support we have had and continue to get from fans and organisations around New Zealand, in particular the support of Hyundai New Zealand, PlaceMakers and Pak’n Save, is truly humbling. 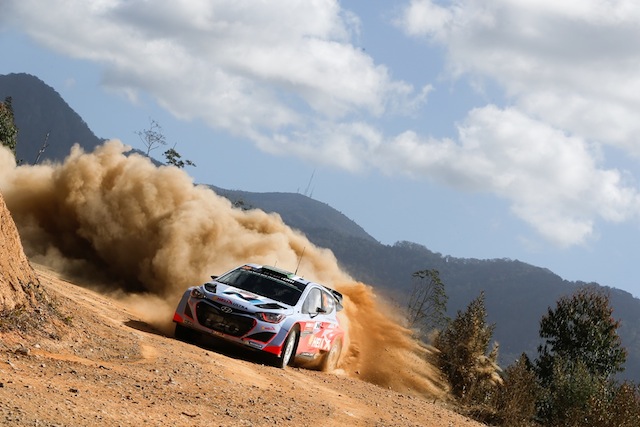 These companies are partners with Hayden Paddon RallySport Global (HPRG) – we share the same values, focus on achieving our goals and moving forward. It’s an honour to represent their brands and colours.”

The 2015 season represents the second year, and with an increased contribution, that Paddon is working with Hyundai New Zealand.

With a much-valued relationship with Pak’nSave over the last three years, Paddon also works with PlaceMakers, this relationship into its fifth year on working on a range of projects.

The team still have an opening for one more personal partner and are currently in negotiations with different parties.

Hyundai New Zealand are also playing an increased role in 2015, with each and every dealer around the country getting involved in the campaign, which will see Paddon work with each dealer closely throughout the year.

Hyundai New Zealand general manager, Andy Sinclair, explains with the support of its dealer network, they want to give Paddon as much support as they can, so that he can continue to represent New Zealand in international rallying.

“We talked to the dealer network about Hayden’s sponsorship and being a New Zealand owned businesses they were keen to support him, so Hyundai New Zealand remains a sponsor of Hayden with financial support from our dealer network,” says Sinclair.

“I reiterate that we are a Kiwi brand, we distribute a South Korean product, but we’re 100% Kiwi owned and operated, as are all of our dealers, so if we can get involved with one of our own, we will,” Sinclair adds.

This season Paddon and Kennard will be competing in Mexico (5-8 March) and Germany (20-23 August) for the first time, but have competed in all other WRC events on this year’s schedule at least once, albeit in very different machinery to the Hyundai i20 WRC. However Paddon does not underestimate the challenges ahead.

“It’s going to be a huge year and offers a big opportunity to learn more and show what we can do with our expanded programme. The first half of the year will still be a big learning curve to contest less familiar events in the Hyundai i20 WRC, but coming into the second half of the year when back on events we did in 2014, it will be maximum attack.”

Peter Swaney, director of HPRG, comments: “From the point of view of HPRG’s directors, the 2015 season with Hyundai Motorsport and an expanded programme with a full WRC manufacturer team is another step on the path to the ultimate goal of Hayden becoming World Rally Champion.

“With Hayden driving the team’s third car this season, we see this as a year when his main goals are to be increasingly competitive against – or hopefully beat – his team-mates Thierry Neuville and Dani Sordo in the team’s number one and two cars, thus showing his driving ability in the same machinery.

“Having said that this is also a year to learn the rallies that are new to Hayden or ones he hasn’t contested for a long time. A 12 event programme offers incredibly valuable seat time and we have every confidence that Hayden will make the most of every minute, just as he has each and every year since HPRG was formed to manage his professional career.”