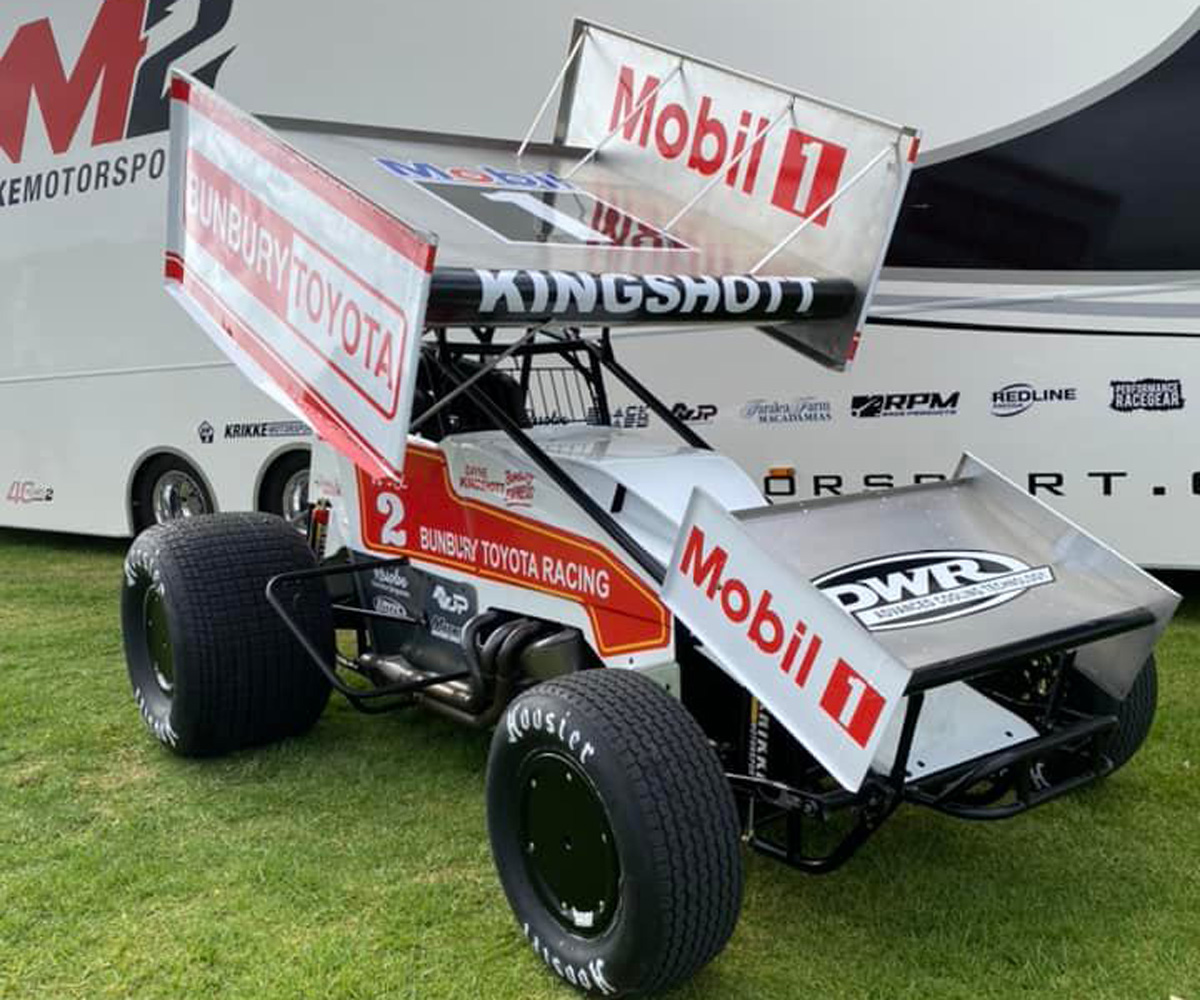 Celebrating Retro Night at the Perth Motorplex for last Saturday night’s 15th Maddington Toyota Sprintcar Series round saw Dayne Kingshott and the team come away with a satisfying podium finish.

Sporting a colour scheme dedicated to the car driven by Ron Krikke to victory in the 1985 Australian Sprintcar Championship at the famed Claremont Speedway, Kingshott and the team really embraced the ‘Retro Night’, and it was well received by everyone, especially with those impressed by how well it looked on track.

In what was a hard-fought performance during the feature race, Kingshott had qualified for the 50-lap event out of position six, and he showed great pace aboard the WX # 99 Mobil 1 / Bunbury Toyota supported Maxim. On lap 20, where there was a mandatory pit stop, and this was where the team, along with some of the other leading teams, decided to change tyres due to a track that was showing signs of taking rubber and severely wearing the tyres. As a result, they were forced to restart at the back of the field.

On the restart, Kingshott felt confident of being able to work his way through the field and that’s exactly what he did, and by the lap 30, he was back inside the top five. For the final 20 laps, the track, as expected, began to take rubber, and it turned into a battle of tyre management. Kingshott moved into third in the closing stages after a short battle with Kye Scoop, and then went on to claim what was the fourth podium finish of the team’s 2021-22 season campaign.

“It was a great night to pick up another podium finish, as we have been very close (to the podium) a few more times so far this season but for one reason or another, we just haven’t got it done, so anytime we can finish on the podium is a good night,” commented Kingshott, who had earlier in the night qualified second in his time trial group and then ended up third in his heat race.

“Being able to celebrate Retro Night with the throwback colour scheme was something really cool and a great tribute to Ron’s 1985 Australian Championship win, and it was an initiative by our team manager Ryan Krikke, who did a fantastic job keeping it all under wraps in the lead up to the event.”

The Maddington Toyota Series continues with this Saturday night’s 16th round back at the Perth Motorplex, where Kingshott and the team are focused on getting a couple of steps higher on the podium.

“Although we are a bit further down in the point standings than we would like, our plan for the rest of the season is to clinch a few more podiums – hopefully even a couple a of wins,” concluded a confident Kingshott.