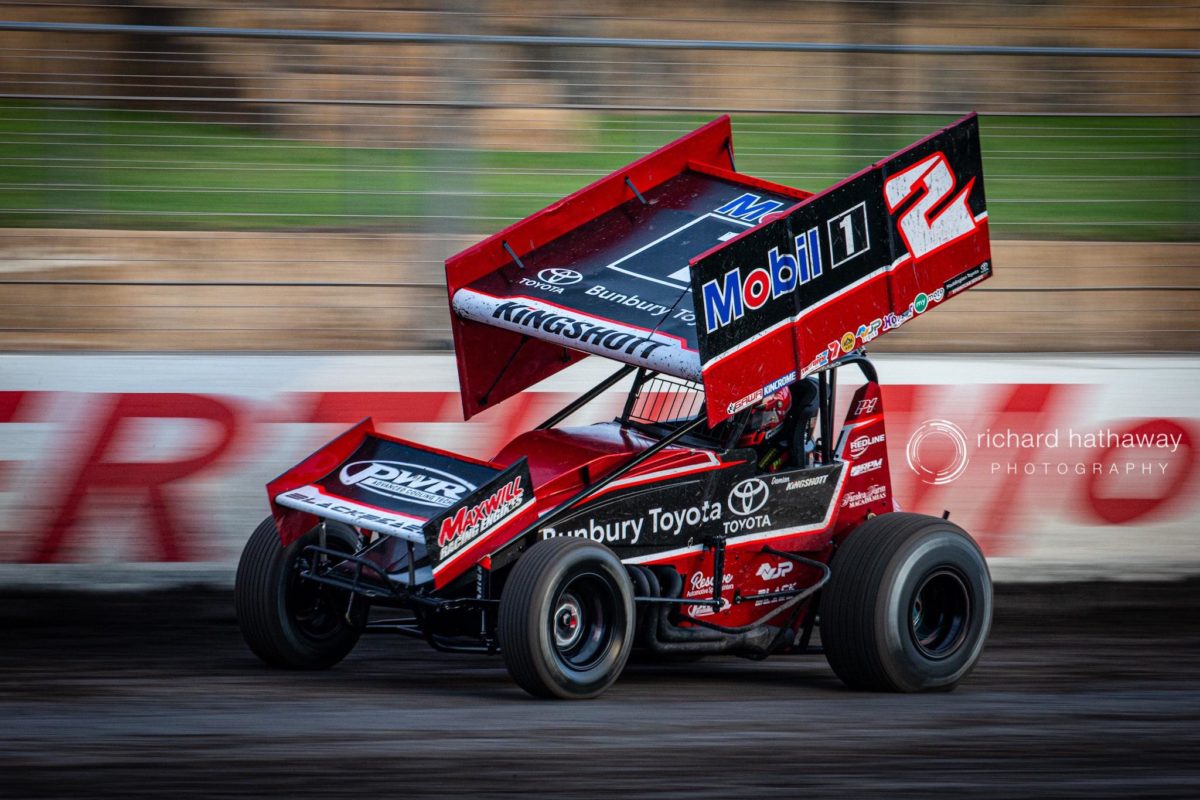 In what was a hard-charging performance, Dayne Kingshott in last Saturday night’s 12th round of the Maddington Toyota Sprintcar Series at the Perth Motorplex picked up the third podium finish of the 2021-22 season for the Krikke Motorsport team.

After starting from position five in the feature race, the WA # 2 Mobil 1 / Bunbury Toyota supported Maxim driver was able to recover from a tough start in the opening half of the 30-lap event to fight his way into a podium spot during the second half of the race to snare the final spot on the podium in third.

“It was a really tough race, where passing was challenging as the track was fast and everyone was on the pace, so to come away with a podium finish is really satisfying for the team and I,” expressed Kingshott.

“Heading into the feature race, the team and I made a number of changes to our car’s setup, and although we were caught up in a few battles as we tried to move forward, we got going there in the end in clear track, but in the end, we just ran out of laps and third was where we ended up.”

Kingshott had earlier in the night set the second fastest lap in his time trial group, then ran fourth in his heat race and secured his feature-race starting spot with a third place in Dash A.

With the team’s third podium finish of the season now in the bank, Kingshott is hungry for not only more podiums but more wins.

“So far this season we have not qualified for a feature race outside the top five positions, but we have just struggled at times to turn that into a result,” Kingshott explained.

“We have shown great speed throughout the season and the team have been doing an outstanding job, so our focus for the rest of the season is to try and convert our strong speed into more podium results – preferably on the top step of the podium.”

There is no rest for Kingshott and the team now, as they prepare for this Saturday night’s 13th Maddington Toyota Series round back at the Perth Motorplex.