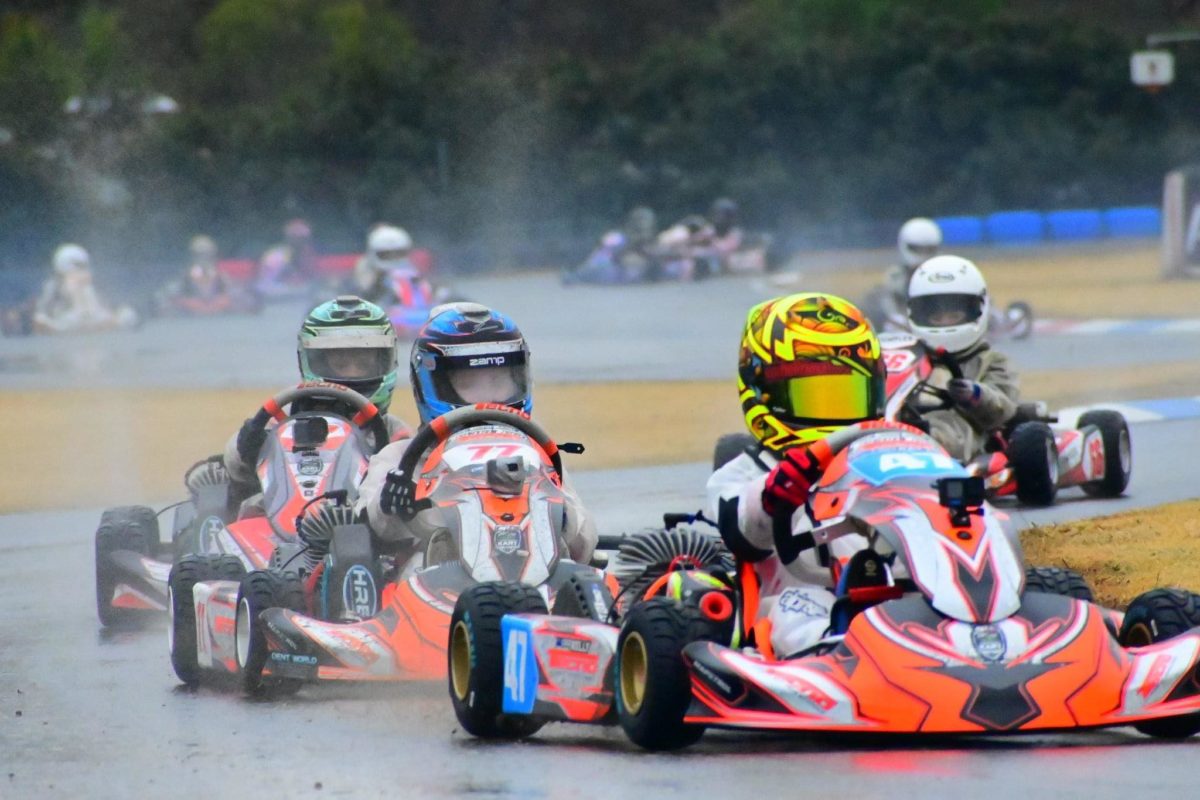 Tecno Karts Australia took a small team of four drivers to the Queensland Kart Championship over the weekend at the Warwick Kart Club. The Tecno Karts Australia team had an impressive and fruitful June with an Australian Kart Championship round win and multiple open victories across different states. The team of drivers was Cadet 9 state champion, Cruz Kelly, Blake Haigh, Nicholas Kinder and TAG 125 Light pilot Cohen Day.

Kelly, Haigh and Kinder were out first in the Cadet 9 class for Friday afternoon qualifying. Haigh set the tone, putting his Tecno entry on pole position in the near thirty kart field. Kinder was able to put in an excellent performance setting the fourth fastest time and putting himself on the second row, with Kelly just outside the top ten in position eleven. Haigh led the charge in the heats taking out two of three heats and finishing second in the other race which put himself off pole position for the final. Kelly was able to move his way forward in all of his heats with a third spot in heat one and a fifth in the third heat the highlights, putting himself off the outside of row two for the final. Kinder had unfortunate opening heat dropping down outside the top ten. Nicholas was able to recover for seventh in heat two and seventh in heat three to put him inside the top ten for the final.

The final came around and all three drivers were in with a chance of victory with Blake Haigh off pole position, Cruz Kelly out of position four and Nicholas Kinder out of position seven. Haigh and Kelly jumped into the front pack and were right in the battle for the championship, with Kinder just outside the top five. Both Kelly and Haigh had turns in the lead of the race and started the last lap in second and third right behind the race leader. Haigh had a dive for victory on the second last corner but wasn’t able to stick the move. Due to this, Kelly was able to get a run into second and made a race winning move on the last corner of the final lap! Kelly was able to take out the Queensland Kart Championship victory, with Haigh on the podium in third spot. Kinder put an excellent drive was able to come home just outside the top five in position seven overall!

Cohen Day was the final driver to take the track in the TAG 125 Light field. In a strong field of near forty drivers, Day was able to qualify just outside the top ten in position twelve overall. Cohen put in a consistent opening few heats, running inside the top fifteen in a tough field. Day had an unfortunate DNF in the third heat, which put him down in position twenty-five for the final. Cohen had an incident on the opening lap, dropping him outside the top thirty. Day was able to come back through the field and come home in a respectful position twenty-one overall.

Team owner and manager Lincoln Day spoke post weekend on the team’s result. “What an amazing start to the family road trip up north. We began bringing the Tecno kart into Australia knowing the history and passion that lives on with this brand. To see the rise of the Tecno cadet kart so early on in our development programme is just an amazing testament to the relationship that we have with the factory in Italy. I personally can’t thank Jose Marco and Claudio enough for the work they put in to fulfil our requirements, as we continue to take the steps to develop our karts as a premier product in the Australian market, as they once were. To see these little fellas go from riding scooters, to handling the pressure of a big race down to the last lap is truly incredible. Congratulations to Cruz on being the first Driver of the new Tecno era to win a state title, I’m sure he will go on to notch his name in the Tecno history books alongside the likes of Button, Senna, Verstappen and closer to home Jamie Whincup. The Tecno name carries a proud history and to be working with the same team of people that were responsible for this success is truly humbling and something we do not take for granted. Next up we move on to Emerald where we hope to seal up the first green plate for Tecno. To do that in our first year will be a great reward for the hard work both here in Australia and in our little factory back in Italy”. The Tecno Karts Australia team will be back on track next weekend for the fourth round of the SP Tools Australian Kart Championship at the Emerald Kart Club.