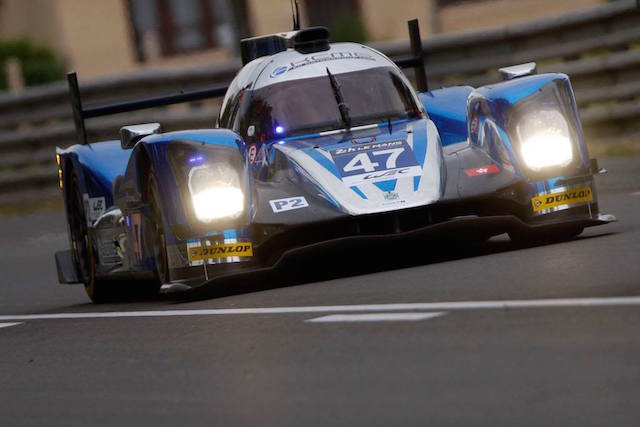 MEDIA RELEASE: KCMG returns to the picturesque Eifel mountains as FIA World Endurance Championship’s 2015 season resumes after a drawn-out interval, with the highly anticipated 6 Hours of Nurburgring set to take place from August 28-30.

Following the Hong Kong-based squad’s success at Le Mans in June, the team returns to prototype endurance racing and are keen to extend their lead in the LMP2 class standings in WEC’s debut at the world-famous German track this weekend.
2015 Le Mans overall winner Nick Tandy rejoins Richard Bradley and Matt Howson, after enjoying a commanding victory in VLN at the Nurburgring early this month and a three-race win streak with Porsche’s GTLM team in the United SportsCar Championship.
The British trio, who first teamed up in WEC’s season opener at Silverstone Circuit back in April, will once again share the #47 Nissan-powered ORECA 05 coupe. Kicking off the second half of WEC’s 2015 season, the 6 Hours of Nurburgring highlights a full grid of 31 cars, with nine LMP2 machines battling for victory on Nurburg’s unforgiving 5.148km track.
Richard Bradley: “I’m very excited to be racing again after a long break since Le Mans. We had a very productive test at the Nurburgring a month ago and after the performance we showed in Le Mans and the developments we’ve made with the car, we can look forward to a good result and hope to consolidate our championship lead.”
Matt Howson: “It’s been a long break since our success at Le Mans, and now we’re ready to start the second half of the WEC championship as LMP2 leaders. We had a productive test in July and Richard and myself got used to the Nurburgring circuit, whilst Nick got back into the groove in LMP2. With the improvements to the car in Sprint trim since early in the year and the driver line-up, we’re confident we’ll be strong as ever in Germany.”
Nick Tandy: “Since the last time I raced with KCMG back at Silverstone, I’ve been fortunate not only to win Le Mans with Porsche, but also races in VLN at the Nurburgring as well as three races in North America with the Porsche GTLM team. So I’m really hoping to carry on this success in the LMP2 class and try to extend KCMG’s lead in the WEC championship.”
Erich Kolb, KCMG WEC Team Manager: “We proceed to WEC’s second half of the season well-prepared and set to maintain the winning form that we had at Le Mans. More so,  we are happy to welcome Nick back in LMP2 after his success with Porsche in LMP1 and GTLM. The entire team is looking forward to race at the Nurburgring and our aim is to further extend our advantage in the championship standings.”
To find out more about the FIA World Endurance Championship, visit www.fiawec.com.