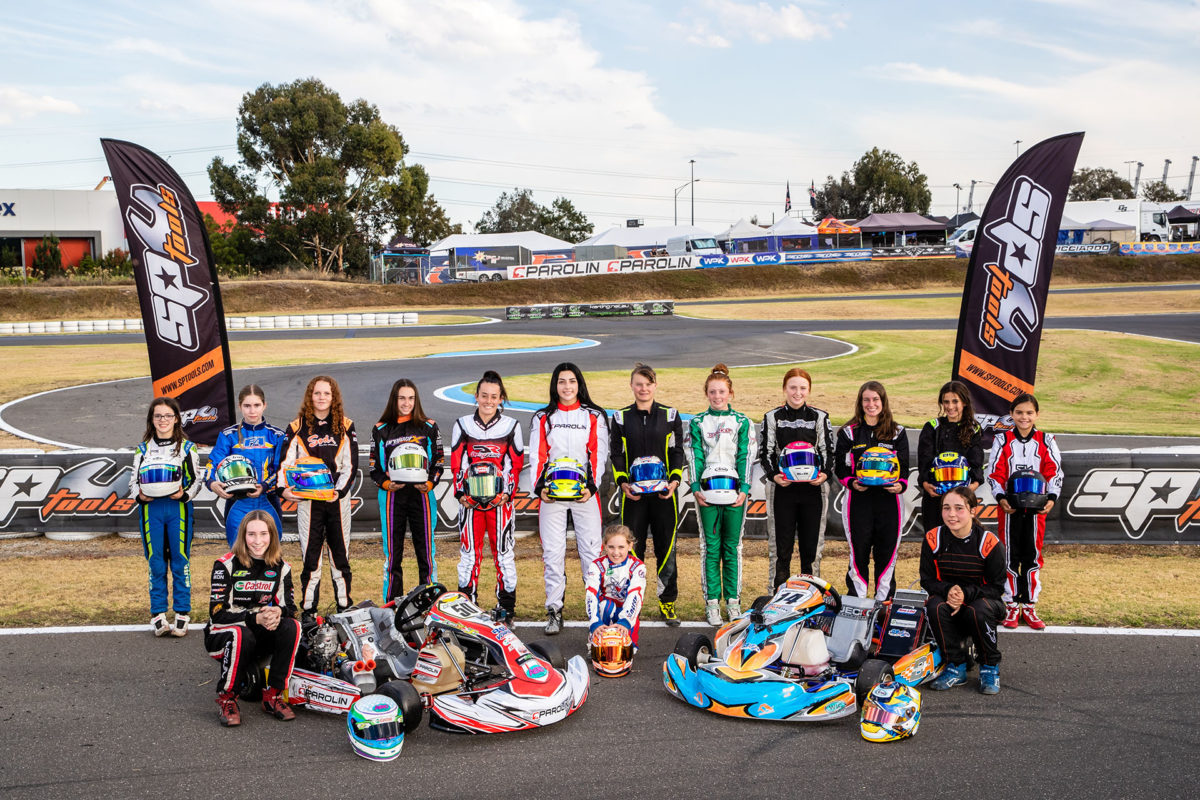 Karting Australia has announced the formation of a Women in Karting Commission, a Working Committee which aims to create a culture across the whole sport that encourages and facilitates the development and participation of women and girls in all aspects of Australian karting.

Karting is a sport that is open, welcoming and respectful to all people regardless of age, gender, ability, and backgrounds. Australian karting has welcomed many women and girls to our sport over many decades but despite that all forms of motorsport are still considered by too many, to be mainly for men and boys.

The Women in Karting Commission has been established to assist the Karting Australia Board to increase the awareness that karting is a sport that values and encourages the participation of women and girls both on and off the track as drivers, officials, administrators, volunteers and team members.

Initially the Commission has been asked to consider four key objectives:

“This is about expanding female participation and developing improved opportunities for women and girls in our sport,” said O’Reilly.

“Karting is the adrenaline sport for everyone. Our sport can be enjoyed by both females and males of all ages, and in a variety of roles. We are very focused on providing a sport that is respectful, open and welcoming to all people regardless of age, gender, ability and backgrounds.

“It is no secret that we want more women and girls racing on our tracks, officiating, and administering our Clubs. The development of the strategy to achieve that must be female led and driven and it is for that reason that we have formed the Women In Karting Commission.”

Victorian Sam Sera has been appointed as the Head of the Commission.

“The launch of the Women in Karting Commission is a very exciting step for the sport of karting in Australia,” said Sera.

“I’ve been around the sport for many years, to see such a focus being put on increasing female participation, and making the most of the opportunities that are out there for women and girls, is something that myself, along with everyone on the Commission, is very enthused about.”

Further information on the Women in Karting Commission can be found on karting.net.au