Junior Volant Euroformula for youngsters without a race licence

Junior Volant Euroformula for youngsters without a race licence 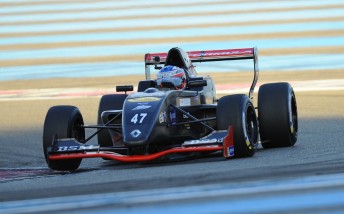 The juniors will compete of course for the 60,000 euro award and they will not go away empty-handed if they do not succeed:

– 3 Formula Renault 2.0 races in the V de V Championship for the first in the unlicensed juniors

– A selection exclusively for unlicensed drivers. To give them the same opportunity as experienced drivers, two “post-selection” training days are possible on the La Châtre circuit for an exceptional price.

– Spread their entry costs over 10 months without fees.

To qualify for the « Volant Euroformula Junior » 2014, the students must not have held a Race Licence.

The entry fee is 1,950 euros for the selections and an extra 1,090 euros only if they qualify through to the semi-finals.

the time and the best will be up against qualified licensed drivers.

Laurent Fradon, the director of the Euroformula School, explains why.
“From the first “Volant Euroformula” in 2011, we saw that it was often experienced single-seater drivers who were winning,” Fradon said.

“For a year now we have been looking at how we can help inexperienced drivers.

“We decided to create a “Volant Euroformula Junior” with three single-seater races awarded to the best unlicensed driver. If he doesn’t win the 60,000 euros of course.

“The award is worth 35,000 euros which should give any young driver the boost they need in single-seater racing.

“For a reasonable investment, the drivers are on a more equal footing and the quality of the training would benefit them for the rest of their career.”

The EUROFORMULA School was founded in 1997, since then they have trained more than 30,000 student and many talented drivers such as Jean Eric Vergne, Bertrand Baguette, Nelson Panciatici and Stéphane Richelmi.

Their single-seater department makes them one of the last true Single-
seater Racing Driver schools in France with its own training methods, Competition Training Department and a Club for its experienced students.