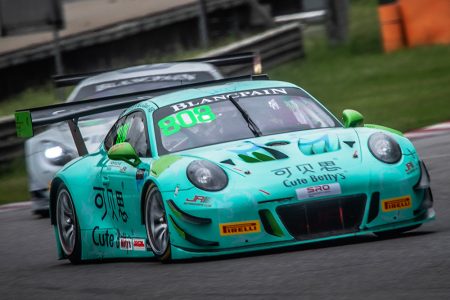 JRM’s entry brings the total number of new Porsches already entered to four. Absolute Racing will run two 911 GT3 Rs, while Japanese outfit ARN Racing switched from Ferrari over the winter. Audi, Lamborghini and Mercedes-AMG also feature on the list of confirmed entries, more of which will be announced shortly.

“I’m really looking forward to competing in 2019’s Blancpain GT World Challenge Asia with the new Porsche 911 GT3 R,” said Chao. “We contested the Shanghai races in the series last year – it was a very productive weekend and we were happy with our performance. I’ll be doing all six rounds this year and we will be pushing to be competitive from the beginning. I would like to thank Porsche Motorsport Asia Pacific, who have worked with me over the winter to get this all finalised.”

Head of Porsche Motorsport Asia Pacific, Alexandre Gibot, added: “It’s great to see Li Chao make the move over to the Blancpain GT World Challenge Asia for a full season. This year’s grid looks just as competitive and we’ll be sure to help him achieve the best possible results. This development sees the number of 2019-spec Porsche 911 GT3 R currently registered for the Blancpain GT World Challenge Asia increase to four. We’re confident that Li will do a great job with the new car and now we await the first round in April.”