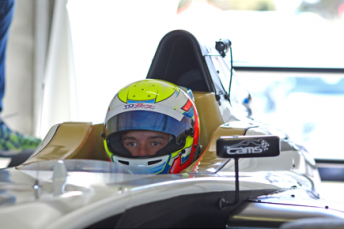 Josh Denton will head west to the Barbagallo Raceway in Perth for round three of the CAMS Jayco Australian Formula 4 Championship.

“I think that only two of the drivers in the field have competed at Barbagallo previously so those that are able to pick up the circuit the quickest will have an advantage,” said Denton.

Josh is coming off of a great first round of the championship where he picked up a race win and second overall for the round. He then backed this up with a challenging day in the wet at Sandown and showed great maturity to complete the day without any major incidents.

“I thought the lack of pre-season testing was going to be an issue but after the first session, it felt I had never been out of the car,” said Denton.

“My goal for the weekend is to learn the circuit in the first session, and continue scoring points in the championship to move up in the Championship standing.”

Friday will consist of two twenty-minute practice sessions followed by a twenty-minute qualifying session in the afternoon. Race one will be held on Saturday, with races two and three on the Sunday.