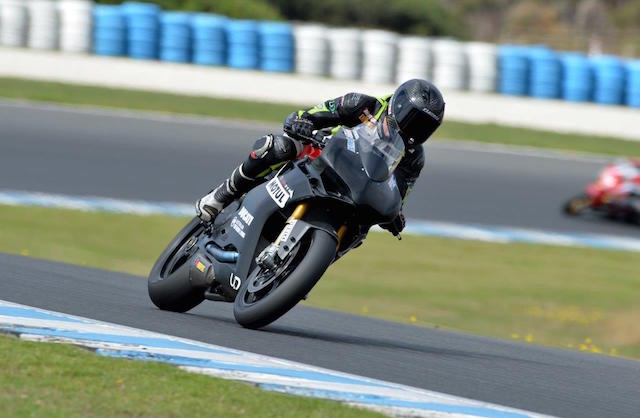 Bayliss picked the super-talented privateer, who won the 2015 Australian Superbike Championship, from a raft of factory riders and offered him the ace card – the number one riding spot on his new team. But the deal came with a change in machinery, swapping his Kawasaki that took him to a title win to an Italian Ducati, and some high expectations.

Bayliss, who comes with an unrivalled international reputation in WorldSBK after acquiring three world titles, is not letting Jones start slowly. 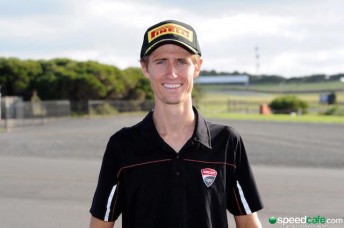 Weekend one will see Jones race as a wildcard in the opening round of the world superbike championship aboard a Ducati, and in between his international commitments the Queenslander will campaign his new 1299 Panigale S in the kick-off event for the Australian Superbike Championship.

In the two 22-lap world superbike races, Jones will race the world’s best including world champ Jonathan Rea and Nicky Hayden who has just arrived at world supers from the MotoGP paddock; while on the national grid he will confront crack opposition like Crankt Protein Team Honda duo Troy Herfoss and Jamie Stauffer, as well as the Yamaha Racing Team triumvirate of Wayne Maxwell, Glenn Allerton and Cru Halliday on their YZF-R1s.

Jones’ WorldSBK-spec machine is currently being frantically prepared in Adelaide, to be ridden for the first time at the final pre-season test next Monday and Tuesday (February 22-23).

Meanwhile, the diminutive Jones is being active in other ways.

“I’m just hanging back in Brisbane while the boys are hard at it in the Adelaide workshop putting our world superbike together,” he said. “I have been cycling about 15 hours a week, running for a couple of hours, and also hitting the gym.

“I’m looking forward to the test. Troy will be in our pit from Monday so while I know and love Phillip Island, it will be great to get all the tips I can from the master.”

Back at the local level, Jones recently joined a number of his opposition at a two-day shakedown test at Phillip Island, recording the fastest time in his first competitive outing on the 1299 Panigale S twin-cylinder machine — if you don’t count a blast on a drag strip at Willowbank Raceway in Queensland in January!

“I thoroughly enjoyed riding the Panigale at Phillip Island,” said Jones. “It’s a fantastic motorcycle, has very smooth power and is so easy to ride.

“We made good progress in the two-day test. I’m new to the bike, and I came to Phillip Island against very experienced riders who have been riding their bikes for many years, and have competed many times at the island.

“To be the fastest was sensational. And they are early days too, so all in all I am feeling comfortable and confident.”

Jones’s first reaction when Bayliss first approached him about the DesmoSport ride was one of astonishment.

“It was Incredible when we got the call from Troy. It wasn’t a prank call, either.

“At first I was a bit nervous because I was worried I wouldn’t be able to adapt to the new bike. But it’s all good, and Troy’s quite happy with where we’re at and how we have adapted to the bike.”

The three 10-lappers to start the 2016 ASBK season should make for captivating viewing, with Herfoss and Stauffer again riding the ageing but still extremely competitive CBR1000RR — a bike that took Herfoss to a slim victory in the 2015 Australasian superbike title over Maxwell.

Meanwhile, new-dad Maxwell has won more races than any other rider at Phillip Island over the last 5-6 years, and Allerton is a never-say-die practitioner as well.

The WorldSBK round will also host the season-opening battles in the Australian supersport and Moto3/125 GP titles, and there will also be support races for historic machines — the two-and four-stroke weapons of yesteryear.