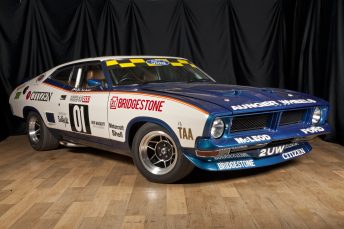 Lloyds Auctions on the Gold Coast is auctioning off what must be the best Group C Ford XB Falcon hardtop in the world. Taking up an abandoned homologation program initiated by Ford Australia and motorsport icon John Goss back in 1975 to create a race car based on the XB Goss Special, this prototype XB is a wish-list of everything Goss wanted for the 1975-76 seasons after his Bathurst win in 1974.

Built by an extremely talented car builder on the Gold Coast over a period of three years under the direction of racing legend John Goss, with input from former senior Goss mechanics, the result is a period correct race car with all the thunder of the ‘70s Group C era combined with period-correct fittings and an attention to detail right up there with a modern production car.

Displayed in Goss’ 1975 Bathurst livery this XB is as close to perfection as you will find anywhere and is sure to fill the gap in any collection or the top step of the podium in any race meeting it attends.

This is an amazing piece of Australian motorsport history and is immaculate in every respect and is ready to race and win. 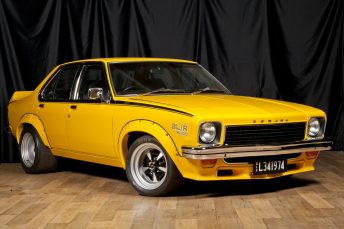 This 1974 L34 Torana SL/R5000 looks as mean as any Group C racing car and has race car performance but can be driven on the road. Envisaged by Holden to be driven off the showroom floor and onto the race tracks of Australia, the Torana was a staple for race drivers like Peter Brock, Colin Bond and Bob Morris among many others throughout the 1970s. This Torana can only be described as perfect with an attention to detail in its build that makes it better than showroom condition with enhancements that many refer to as OEM+ which is to combine all the character of the original design with modern enhancements. This is probably the best L34 in Australia and one that can hold its own equally well on track or at a car show. 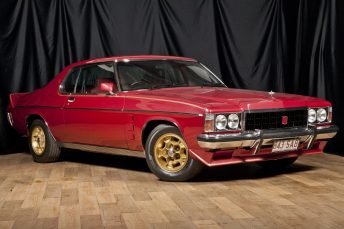 One of only 580 made this LX LE Monaro is in time warp condition having benefitted from a sympathetic restoration which included paint along with a brake and suspension freshen up which the vendor advises was not necessary but was done to ensure this Monaro drives like it did coming out of the showroom back in 1976. This was the luxury Monaro made for those who wanted to cruise, not race and its originality can be heard every time you close the doors closing with a ‘thunk’ sound that shows this car is a ‘real steel’ classic. You’d be hard pressed to find another LE in better condition and with the Holden Monaro on the wish list of most Aussie muscle car enthusiasts, values for these limited edition cars are going through the roof. Now is the time to invest in this ever appreciating piece of Aussie motoring history.