Jesus Racing in a race against time

Jesus Racing in a race against time 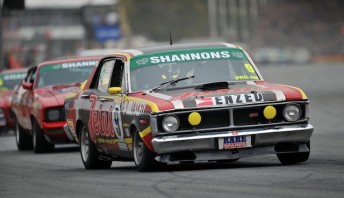 With just over 2 weeks remaining until Round 2 of the Touring Car Masters Championship begins in Tasmania, the Jesus Racing Team is in a race against time after discovering a crack in the block of the 351-powerplant in their iconic Ford Falcon XYGT.

After the disappointment of missing the final race at the Clipsal 500 due to an oil pick up issue, it was actually a blessing in disguise as further inspection found that the block had also developed a crack and if it was run again the likely result would have been a blown engine.

Steve Makarios from Synergy Race Engines is now working overtime as he is determined to get the iconic Ford on track for round 2 in Tasmania.

He has sourced a new block and will now be doing the required work to ensure it will still perform just as well as it was in Adelaide when Andrew “Fishtail” Fisher set one of the fastest times in the second race of the Touring Car Masters weekend.

“It’s going to be touch and go,” said Fishtail.

“However I have full confidence in Steve and his team getting the engine finished in time so the Jesus Racing boys will stop at his workshop on the way down to install it, hopefully with enough time to get on the boat to Tassie before the weekend begins!”

With the team needing to be on the boat by Sunday the 22nd they will be doing everything they can to get it done so they are on track and ready for battle in Tasmania.