Jenner finishes as runner up for Melbourne Kart Centre

Jenner finishes as runner up for Melbourne Kart Centre 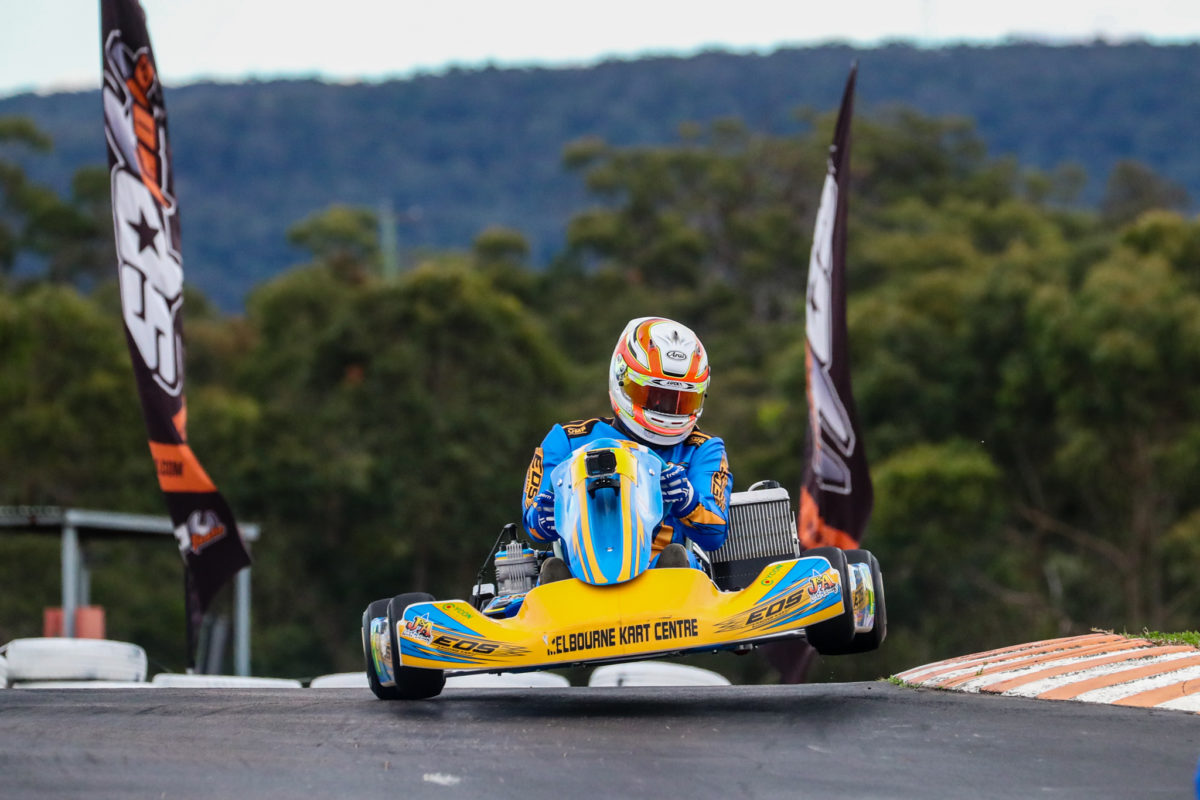 Melbourne Kart Centre made the trip interstate for the fifth and final round of the SP Tools Australian Kart Championship.

With leading stable driver Bradley Jenner in with a shot at the X30 championship, it was a massive weekend for the team.

Jenner and Samuel Gibson took on the X30 class for the Melbourne Kart Centre team.

Jenner was able to put himself in fifth for Qualifying, with Gibson inside the top 20.

Jenner never left the top five on Saturday with three brilliant heats while Gibson raced around the top 20.

Gibson moved forward into the top 15 in Heat 4 on Sunday morning finishing in 14th.

Unfortunately from there neither Jenner nor Gibson finished a race, resulting in a DNF for both drivers in the final.

Jenner was able to clinch second place in the Australian Kart Championship.

Purvis led the way in Qualifying in 26th, with Schweikert just outside the top 35 in 39th overall.

Purvis was able to come through for his best result of the weekend in the final in 17th.

Schweikert charged forward to finish in 22nd overall, 17 positions up from his qualifying spot.

Hunter pushed on the edge of the top 10 in his remaining two heats before taking a brilliant seventh position in the final, just outside the top five drivers.

Sera and Venables led the charge in Qualifying both coming home in the top 15.

Santalucia charged through the field after two DNF’s to take home a brilliant 11th in the final.

Venables and Sera was able to come home inside the top 15 in 14th and 15th respectfully.

Aly, Lackas and Johnson came home in 24th, 26th and 29th respectively, with Teleskivi having an unfortunate DNF after being as high as the edge of the top 15.

“It wasn’t quite the weekend we were after in Newcastle,” Sera said.

“A big congratulations to Brad on finishing second in the championship after a tough Sunday.

“All the team gave it their all and Hunter did a great job to charge up to seventh spot.

“We now turn our focus to the 2023 championship and the remainder of the Karting Victoria 2022 season.”

Melbourne Kart Centre will have a busy finish to the 2022 season.