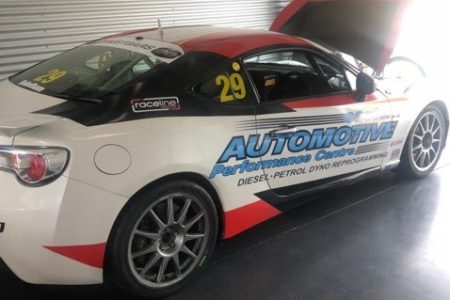 Just when we thought the season was coming to an end, it has been confirmed that Jaylyn Robotham is set to tackle yet another racing category, which will see him race over the summer season and roll into 2020.

Having already competed in the Toyota 86 Series in Australia for two consecutive years, the young 17-year old is set to tackle the New Zealand Best Bars Toyota 86 Championship for the 2019 – 2020 season.

The one-make series calendar kicks off this coming weekend, 30 November – 1 December at Pukekohe Park with a total of six rounds for the season; set to finish up in April alongside the Supercars Pukekohe event.

Robotham admits it was a quickly made decision and was an opportunity too good to pass up.

“It all happened really quickly to be honest. It all unfolded over the weekend at Newcastle, where I was chatting with a couple of the guys and before I knew it, a couple of days later and we were signing contracts and that was it,” laughed the young teen.

“We were still unpacking from Newcastle and had a few days at home and then it was back on the plane again.

“It was certainly an opportunity too good to pass. Although similar to the Toyota 86 Series in Australia, the New Zealand category has less competitors making it more competitive and so I thought, why not!

“I haven’t done any racing in New Zealand, so this was a great opportunity to open up some new doors, race around some new tracks and meet some new people.”

“I’m very grateful to have Paul (Manuell) back me for the season over in New Zealand,” said Robotham.

“He’s been a huge support this season and has helped me immensely with my racing, so I can’t thank him enough.”

To keep up to date with all the action across the weekend, visit the Toyota GAZOO Racing New Zealand Facebook page; https://www.facebook.com/ToyotaNZ/ as well as the TGRNZ website, https://www.toyota.co.nz/toyota-racing/.