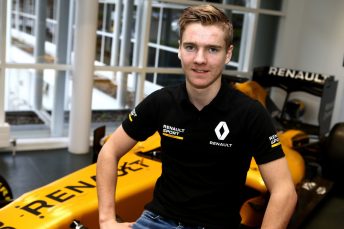 MEDIA RELEASE: Dutch talent Jarno Opmeer will be competing in the Formula Renault 2.0 Eurocup in 2017. Having delivered strong results with MP Motorsport in Formula 4 last year, the 16-year-old will again team up with the Dutch squad for the season ahead.

Opmeer enjoyed a hugely successful debut season in motor racing in 2016, jumping straight from 125cc shifter karts into the Formula 4 Northern European Zone championship for which the Dutch federation, along with MP Motorsport, created a new section for Dutch drivers.

In the first three race meetings of his motorsport career, Opmeer took five wins out of eight races and then added two more wins to his tally at the end of the season. This ensured he closed off the campaign with a strong second place in the final standings.

In 2017, Opmeer will seek to continue in the same vein with MP Motorsport and will compete against some of the best young drivers, racing for other renowned teams, from right across Europe. The young Dutchman will continue to be supported by the KNAF.

At the same time, Opmeer has been invited into the Renault Sport Academy with immediate effect. As a Renault junior, the Dutchman will receive full physical guidance at Renault F1’s High Performance Centre in Enstone, England, where he will also participate in an extensive simulator programme. In addition, he will join other Academy drivers in several training camps along with receiving support from the French manufacturer on his way up the single-seater ladder.

“I’m extremely happy that Renault chose me to be part of their Academy line-up”, said Opmeer, “They will help me in every respect and have enabled me to compete in the Formula Renault 2.0 Eurocup this season. It feels good that I will be teaming up with MP Motorsport again, the team with which I took my first steps in motor racing and that has supported me since my karting days.

“It’s a huge step up – the car is around six to seven seconds quicker than a Formula 4 car. However, I’m well prepared for the season, having already taken in 10 days of testing at Silverstone, Monza, Spa, Barcelona and Albacete – all those tracks, bar Albacete, are on the Eurocup calendar. I can’t wait for the season to start.”

MP Motorsport team boss Sander Dorsman commented: “Last year, we all saw Jarno’s huge talent. It is well deserved that he appeared on the Renault F1 team’s radar midway through the season. The Formula Renault 2.0 Eurocup is the perfect next step for Jarno – and we are happy to join him in that.

“The Eurocup’s new format is appealing to teams as well as sponsors, with a majority of F1 graded circuits, two classic street tracks and ample driving time. It’s the ideal training ground for drivers that have the ambition to step up to GP3 and GP2.”

Mia Sharizman, Director of the Renault Sport Academy, added: “We have been monitoring Jarno’s progress since the first race of his F4 season in 2016. We find him a driver with immense talent and a mature outlook. We are particularly impressed with Jarno’s structured motorsport upbringing, thanks to his involvement with MP Motorsport for the first steps in his racing career.

“Since being in the Academy, he has been a joy to work with, hardworking, honest and focused on the job at hand. Having Jarno compete in the Formula Renault 2.0 Eurocup will certainly get the best out of him. We have no doubt that we will see his potential in one of the toughest junior single-seater championships in 2017.”

On behalf of the KNAF, head of education Maarten van Wesenbeeck said: “Renault Sport’s decision to include Jarno in their junior programme is testimony to the success of our talent scheme. As a KNAF Academy pupil, Jarno showed himself in his best light last year. Renault selecting Jarno will show other talented Dutch youngsters in karts that Formula 4 with the KNAF and MP Motorsport is a very useful first step in motor racing.”