Formula Ford teenager Jake Donaldson is set to return to the Formula Ford National Series this weekend for Round 6 at Wakefield Park after missing the last 2 rounds. 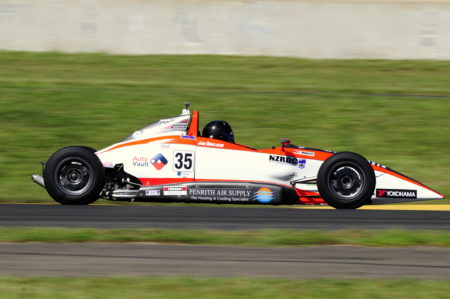 Last time Jake was featured on Speedcafe was after last years massive accident at Sandown Raceway where he was involved in a 3 car crash on the back straight. While the other driver was penalized for their part in the accident Jake and his family based team had to sit out of the remainder of the Series due to the expensive rebuild.

Jake returned for the opening 3 rounds of this years Championship and was very impressive indeed especially at QR finishing in the top 4 and setting the fastest laps of the weekend and also winning the CHI Hard Charger award.

We spoke to Jake prior to his return.

Hi Jake, are you looking forward to returning to the Series?
“Yes I cant wait to get back on track, I was able to test a few weeks ago and the car felt great.

“Its great working with Justin Cotter from Synergy Motorsport again and hopefully it will be a successful return.”

Jake, whats the reason you missed the last 2 rounds?
“Unfortunately we had to sacrifice most of this years budget to to rebuild the car after last years crash so that put us way behind heading into this season”

Jake, What do you hope to achieve this weekend?
“Being Wakefield is pretty much my home track, I really just hope we can have a consistent weekend. I believe my Penrith Air Spectrum should fast enough I just got to make sure that I can get the job done.”