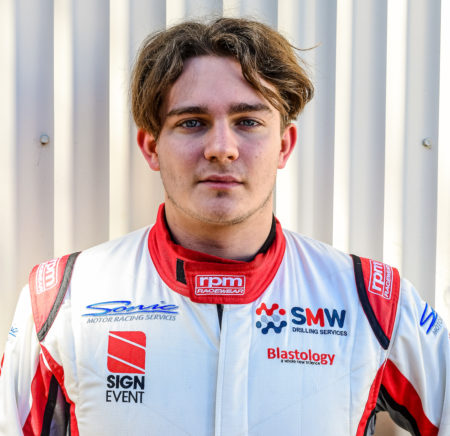 Jac Preston has walked away from his maiden car racing weekend with solid results after a frustrating opening Australian Formula Ford round at Wakefield Park.

Being a Series rookie, Preston took to qualifying based on Championship points, meaning he was at the rear of the field on the small Wakefield Park circuit. After being quick in practice in the Championship winning car from 2016, a session stoppage while working his way through a slower category of car compromised his absolute qualifying position, seeing him start race one in 16th position.

His second race aboard the Sonic Motor Racing Services-prepared Mygale chassis was looking as though it, too, would be a forward progression. After a terrific start, Preston was edging ahead until a fellow competitor got into trouble in front of him. This necessitated the 18-year-old to take an off circuit move to avoid the incident, thus losing some positions.

Ultimately, he would cross the line Sunday morning in 16th position.

His final race once again saw Preston moving forward. He was on for a top 10 finish after several clinical passing manoeuvres in the last 10 lap affair until a major incident brought out a red flag.

Given how early in the race the stoppage was triggered and that it wasn’t restarted, it was declared a non-race.

Preston’s next event will be the weekend of June 11-13 at Winton Motor Raceway in Victoria.

“It was awesome to get my Formula Ford season underway at Wakefield Park, I’m happy that we could get the event under our belt and show that we had some pace from the beginning.

“Unfortunately, the rub of the green didn’t go our way in qualifying and that meant there was plenty of work to be done in the races.

“The opening race was solid and I was able to move inside the top 10 which would have set up the remainder of the weekend well.

“I had nowhere to go but off track in the second race to avoid an incident which dropped us down the order.

“I was feeling really good in the final race until the crash in front of me from my team-mate. Unfortunately, it triggered the red flag and we couldn’t continue on.

“Being my first weekend, there is plenty to learn and we took a lot in. There are many areas that we understand a lot better after that and I feel that now, heading to Winton, I have several of the basics I need to appreciate that will come to me from the time we arrive there.

“Mick and the team at Sonic were awesome in welcoming me to their outfit and I feel like we can improve even more at the next round and beyond.”