It’s that time of year, for he soon will be here

It’s that time of year, for he soon will be here 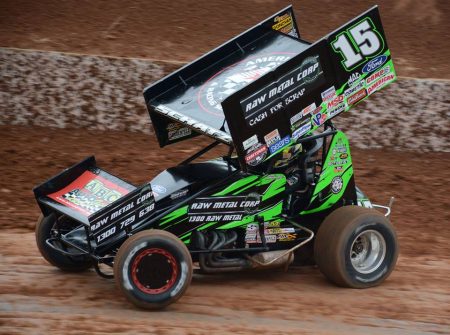 The countdown is on. There is much excitement in the air as we await his arrival. You know who I’m talking about; he arrives down under at this time every year amidst much anticipation, bringing joy to young and old alike. He always delivers something special and next Wednesday night (December 26) he does it all again. Sure, Christmas Day is a bit of a big deal, but Boxing Day is when the real excitement of the season begins when the greatest Sprintcar driver of the 21st century returns to Ausdeck Patios Archerfield Speedway. Yep, the inimitable Donny Schatz will be back in town. The current and 10-times World of Outlaws champion is returning for another exclusive Archerfield campaign that includes a bid to win his ninth Australian Sprintcar Open.

In a fitting welcome celebration for the North Dakota-based superstar, the Boxing Night extravaganza will also feature Monster Trucks, Fireworks and round five of the Polar Ice Midget Track Championship, plus Compact Speedcars and Modlites.

Schatz will then be joined by fellow WoO star Logan Schuchart on December 29 and January 1 before both drivers contest the Titan Garages Australian Open on January 4 and 5, which doubles as round six of QSS World Series Sprintcars. The final outing for the pair will be in round seven of World Series Sprintcars on Wednesday, January 9.

At this stage 36 drivers have accepted the challenge to take on Schatz next Wednesday night in round seven of the East Coast Logistics Sprintcar Track Championship. Can Luke Oldfield continue his winning form against the world’s best? Will defending track champion Andrew Scheuerle deny Donny a feature race win? Will it be Mitchell Gee, Brent Kratzmann or Peter Lack who prevail in the 30-lap feature race, or will Allan Woods or Brent Aprile or Kevin Titman find their way to victory lane? Perhaps somebody else will stand up and reign supreme? The only way to find out is to be at Ausdeck Patios Archerfield Speedway on Wednesday, December 26 to catch all of the best Sprintcar action at Queensland’s home of speedway.

Online tickets for the Boxing Day show and the Australian Open are on sale now at www.brisbanespeedway.com.au with online ticketholders securing early entry into the venue from 3.30pm.