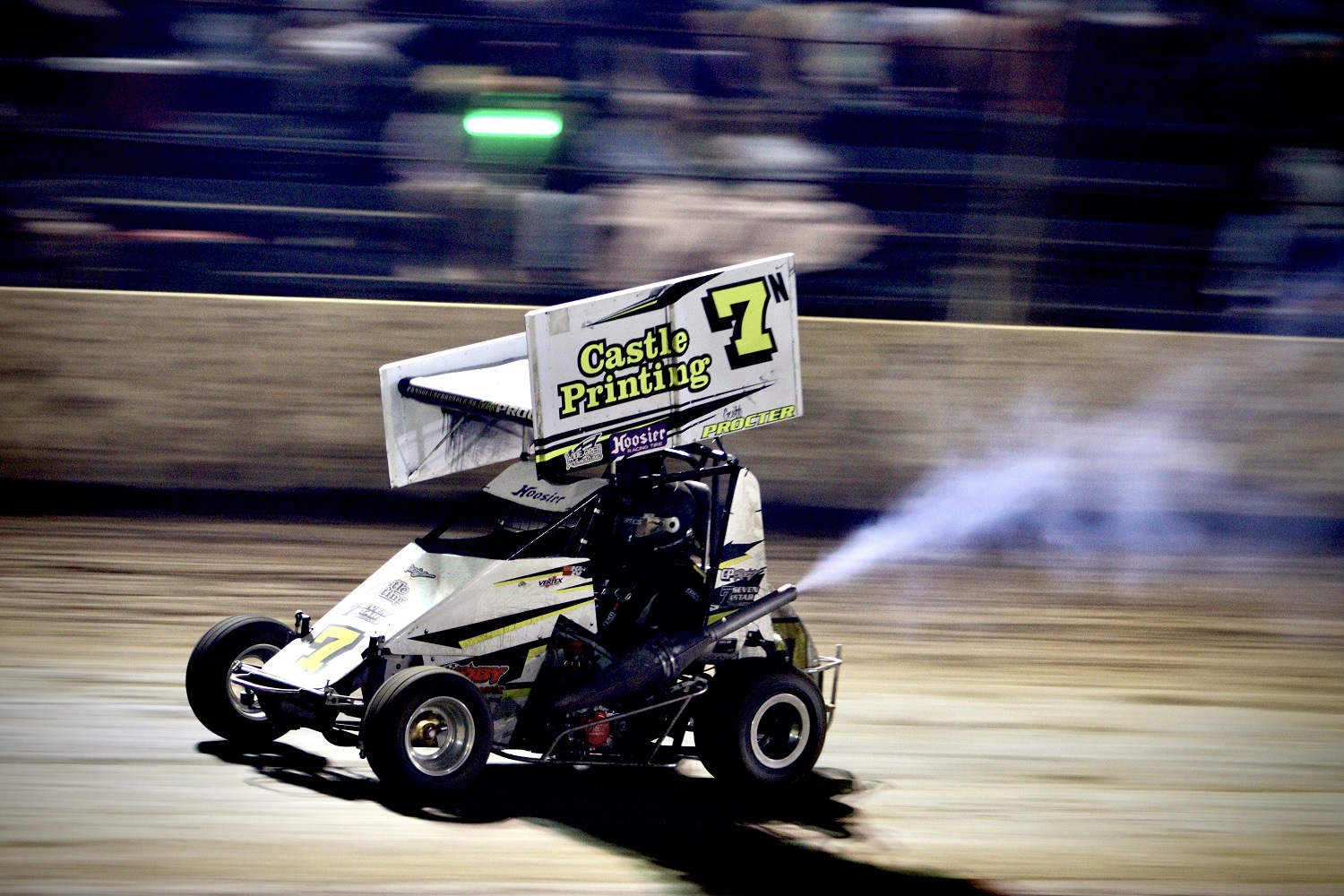 In the Microsprints, the action was thick and fast in their 2021-22 season Australian Title, but in the end, it was Isaacs who claimed a record seventh Australian Title victory. Isaacs fought hard throughout the 25-lap Australian Title decider with youngster Cody Geddes, where Isaacs, who had started from pole position, set the pace up until he lost the lead to fellow front row starter Geddes on lap 17. As the laps wore down, Isaacs attempted to wrestle the lead back from Geddes, which ended in disaster on lap 23, when the pair collided, and Geddes consequently crashed heavily into the wall. A dejected Geddes emerged from the crash uninjured but the same couldn’t be said about his NSW # 76 car. For the restart, Isaacs restarted back at the front of the field and went on to control the pace in the remaining laps and managed to defeat Andrew Baker and Brendan Hogan in second and third place respectively.

Normally seen behind the wheel of his V8 Dirt Modified, Corbett made his Late Model debut on Saturday night, and it was a memorable occasion for him, after he scored the feature-race win. Driving in the Tullboro Race Store team car, Corbett took over the lead in the middle stages and from there was never headed. At the fall of the chequered flag, Corbett defeated Steve Van Zeeland in second and Chris Carlish in third.

A late addition to the night’s action, the V8 Dirt Modifieds put on some spirited racing action, which included the likes of locals Andrew and Taylah Firth, Brayd Stephenson and Brent Hall.

Concluding the night was the team’s Demolition Derby, and this smash and bash competition resulted in the # 13 car, which was driven by RSA Street Stocker regular Greg Dickenson, being judged as the overall winner by the entertained and healthy crowd.

The next race meeting set for Grafton Speedway is going to be held on the Saturday night of March 12, and the race program will see the V8 Dirt Modifieds and Modlites (NSW Title) headline the action, while the support classes include the RSA Street Stockers, SSA Production Sedans, RSA Four Cylinders and RSA Junior Sedans.

Grafton Speedway would like to thank Hessions Auto Parts for their support throughout the 2021-22 season. Based in Grafton, along with their nearby Coffs Harbour location, Hessions Auto Parts stock a wide range of parts and accessories at competitive prices.