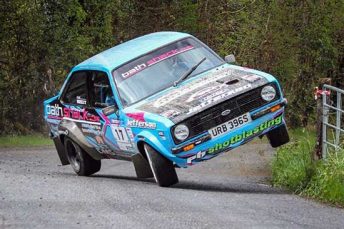 MEDIA RELEASE: Irish superstar Frank Kelly is the latest international driver to signal his intention to enter the 2017 Otago Rally.

Well known to rally fans around the world thanks to YouTube videos of his impressive performances in a Ford Escort Mk2, Kelly will be one of the drawcard entries in the April 7 to 9event.

Kelly will bring the famous ‘Baby Blue’ to New Zealand, his 2.5-litre Ford Escort. Complete with a 6-speed sequential gearbox, the car will compete in the Allcomers class of the 2017 event. 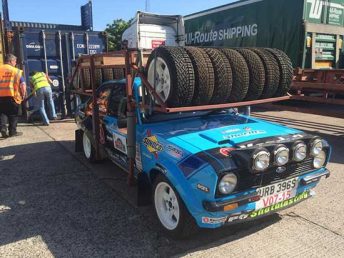 Earlier this week, Kelly posted a cryptic photo and message on his Facebook page, asking his nearly 10,000 followers: “How long would it take to row a canoe with a Blue Mk2 in it to New Zealand? Would we make it for April?”

News of Kelly’s entry in the Otago Rally is a further boost to the event, which has already received expressions of interest from over 30 competitors, including several from Australia.

The 2017 event is the first round of the New Zealand Rally Championship, and also features the International Classic Otago Rally, and the Allcomers event that Kelly will be part of.

Starting at Dunedin’s Octagon on Friday, April 7, the event features 14 special stages on Saturday and Sunday, with a competitive distance of nearly 285 kilometres.