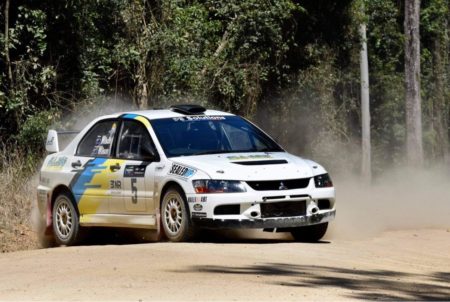 An official V-Sport reseller, as well as a private test and track day organiser IME will be able to provide QRC competitors with the latest Stilo helmets and Sabelt products, such as gloves, seatbelts and racesuits.

Located in Geebung in Brisbane’s inner north, IME also offer a range of other bespoke motorsport services, including Lock and Load Transport tie down systems.

“Rallying and motorsport are certainly in our blood and sponsoring the Queensland Rally Championship makes complete sense to us,” Coppin said.

“We’ll also be able to provide all QRC competitors some great offers on some terrific products as part of their involvement in this year’s two round Championship.

“As a proud Queensland based business, we are thrilled to be backing our local Championship in 2020.”

“It’s fair to say 2020 has been a year like no other, so to have the team at Innate Motorsport + Events come on board as a sponsor of our Championship is something we are very grateful for,” McConkey said.

“To have a local Queensland business supporting our Championship is a great vote of confidence in the season ahead.

“As resellers of some very important equipment, such as Stilo helmets and Sabelt products, our competitors will certainly be able to take advantage of the amazing products Innate Motorsport + Events has on offer.”