Improved Production – A platform of diversity

Improved Production – A platform of diversity 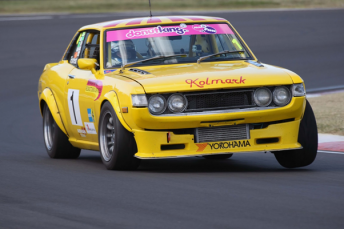 Just about every other motorsport class in Australia is built on a platform of domination by specific cars, but Improved Production has a wide range of makes and models built from the 70’s through to the 2000’s, accepting entries from the majority of them.

It’s a category with a strong community of competitors. It’s about the passion that the drivers put into building their race cars. It’s all about having the most fun on track, the enjoyment of racing with mates and pushing these cars to their limits over an average 8-10 lap race.

Improved Production is more than just outright pace. Nationally the category has a tiered structure of classes, and anyone can win a championship from: 0-1600cc, 1601-2000cc, 2001-3000cc and over 3001cc. The big Aussie V8 engines can lead the field, but there are so many other combinations that are successful in their own right. 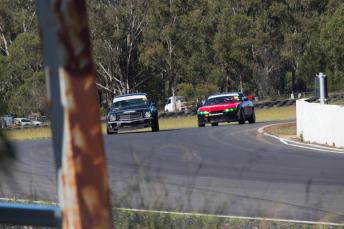 Jordan Cox is a name consistently appearing in 2017, with his success at Bathurst after going head-to-head against Leigh Forrest in a turbo Celica, and his outstanding performances with Chris Brown during the Supercars events at the Adelaide 500.

Running his own car in the Improved Production New South Wales state series, a Honda Civic, Cox shows how building a car right, and fit for purpose, can lead to an exciting racing season for both competitors and spectators alike.

Cox started racing cars because of the thrill and excitement about everything that goes with it. He runs a B16a stroker engine, Bilstein shocks, AP front brakes, Yamaha R1 rear brakes, dry sump, close ratio gearbox and it’s all handled by a Motec ECU and dash – producing approximately 285bhp.

Without a doubt it is one of the more powerful under 2 litre cars in Australia lapping Sydney Motorsport Park GP configuration in 1:41.2 and Bathurst in 2:27.9.

The Bathurst 12hr race is one of Cox’s favourite races of the year.

Cox’s next steps forward will be will be to put some more time into the geometry of the car this year as he sees this as one of the more important items to fix up. While he makes changes every time the car competes, he pushes hard to maximise the most out the car each lap.

“The car is fast but not easy to drive, based on previous experience I believe this is an area that needs attention.” 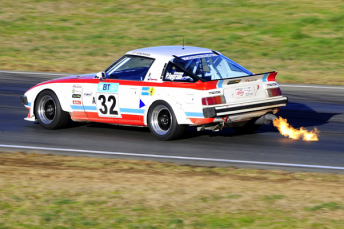 Peter Ingram has been running a Mazda RX7 Series 1 (1979 model) for a few years now and initially started out when he was younger officiating, at the now closed, Oran Park circuit. He and his brothers got into cars at a young age buying an RX2 and restoring it.

Ingram was hooked on cars after this, and found Improved Production a great platform to run one of his favourite cars, the Mazda RX7. Racing against the likes of Joseph Lenthall (Mazda RX7) and John McKenzie (VE Commodore), Peter is not only competitive, but won the 2016 New South Wales Improved Production championship.

“Improved Production has awesome people. I have made so many friends since joining the category.”

“Everyone will drop what they are doing to help someone if they see they need it, and they are all more than happy to share information even if it is to their detriment in race positions” said Ingram.

Ingram’s car runs a 13b Bridgeport, with quad throttle bodies and a Motec ECU and dash. Keeping him safe in the car is a Wildridge Fabrications cage, AP front brakes and Nissan 2 piston rear brakes.

With costs always the main factor in motor sport for club racers, Ingram does see value in his racing budget.

“It can cost as much or as little as you want, I believe it is good value.”

The Phillip Island Improved Production Nationals was Ingram’s favourite event over the past couple of years due to being able to compete against 100 over 2 litre cars.

And the scary part is, Ingram still has more speed to unlock!

“I will reshell the RX7 in a better chassis, and build it how it should have been built from the ground up. There is a lot more time available in the car through a better built chassis.” 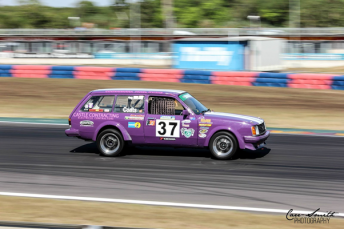 “Improved production always appealed to me with the flexibility in the vehicle modifications and the vast range of makes and models that could be included.”

“I love that the front of the field can be anything from a late model BA Falcon to an early model Mazda RX3 to a Honda Civic. Everyone in the crowd can relate to at least one car in the field.”

“The wagon was chosen as I was a bit of a Wayne Wakefield fan and loved his Mazda 808 wagon.”

“Improved Production members right across Australia are just all round, a good bunch of people.”

At Hidden Valley Raceway, Coats fastest time is a 1:22 – which put her on par with the current V8 Ute series. She has competed for some 17 years and in that time, competed in numerous Supercar rounds at Hidden Valley and the Bathurst 12hr support category.

“I think Improved Production gives you value for money in terms of racing as you can put into it as little or as much as you want. What you put in, is what you get returned.”

“For me, our local field will run between 7 and 15 cars in over and under 2 litre. Our field is competitive and to make meetings interesting we work in some staggered and reverse grid racing to the program.”

Coats loves racing in Improved Production, and with her vast experience, she finds that the Supercar events every year in Darwin is by far the best.

“The support category at the Supercars round at Hidden Valley is by far my favourite event. We have a crowd of around 65,000 spectators over the three days which is almost half of Darwin’s population! The energy at the track is amazing and emulated in all races across the weekend.”

While the club in the Northern Territory is only new (officially formed in 2015), Coats believes in the series and is excited to be a contributing committee member for years to come.

“Personally, I’m very passionate about supporting Improved Production both locally and at a National level. As a newly formed committee we are working hard towards holding our second National Titles event and further increase our membership base.” 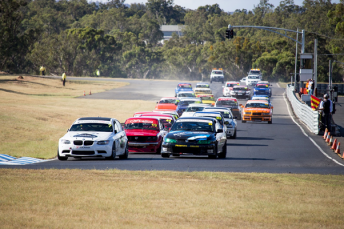 Leigh Forrest, from Tasmania, has been racing for many years. Getting what Leigh describes as “the bug” at an early age, he started out running hill climbs and club days.

He started street car racing in the 80’s and naturally progressed over time to what was Club Cars, and now what is Improved Production Australia.

Engine management is run through a Haltech system and with this combination, Forrest has managed blistering quick laps times at multiple circuits. Symmons Plains Raceway has his best time as 57.7 and Bathurst with a 2:24.

“I think Improved Production gives you value for money. You can race on a small budget and have heaps of fun… Or there are competitors with seemingly unlimited budgets, whether they are having more fun, I don’t know!” Forrest said.

Having seen Forrest run at Bathurst this year up against the likes of Jordan Cox, it was amazingly great television watching the pair duke it out, and Forrest absolutely agrees.

“My favourite event in the last 2 years, would have to be the Bathurst 12hr. Why? Just an awesome circuit and seems to suit the Celica”.

Forrest hails the category as one the best to compete in for their wide variety of vehicles, having the same rules nationally and the great comradery the category holds.

Development has been ongoing for 30 years with Forrest. Originally the car was running a 1600cc motor drawing through a weber sidedraft carburetor. It was then changed to a 18RG 2000cc with the same draw through setup, to the 3SGTE turbo EFI it is today.

When asked if Forrest had any plans for future development…

“Why? I would rather spend the spare money to get to the next race meeting!”

The commitment shown from Improved Production racers across the country is simply incredible. It’s growing every single year and the competitiveness on track is simply breath taking to watch.

With so many options to build a car to, it makes Improved Production one of the most popular touring car categories Australia has to offer.

More information can be found on Improved Production racing from the respective states website: