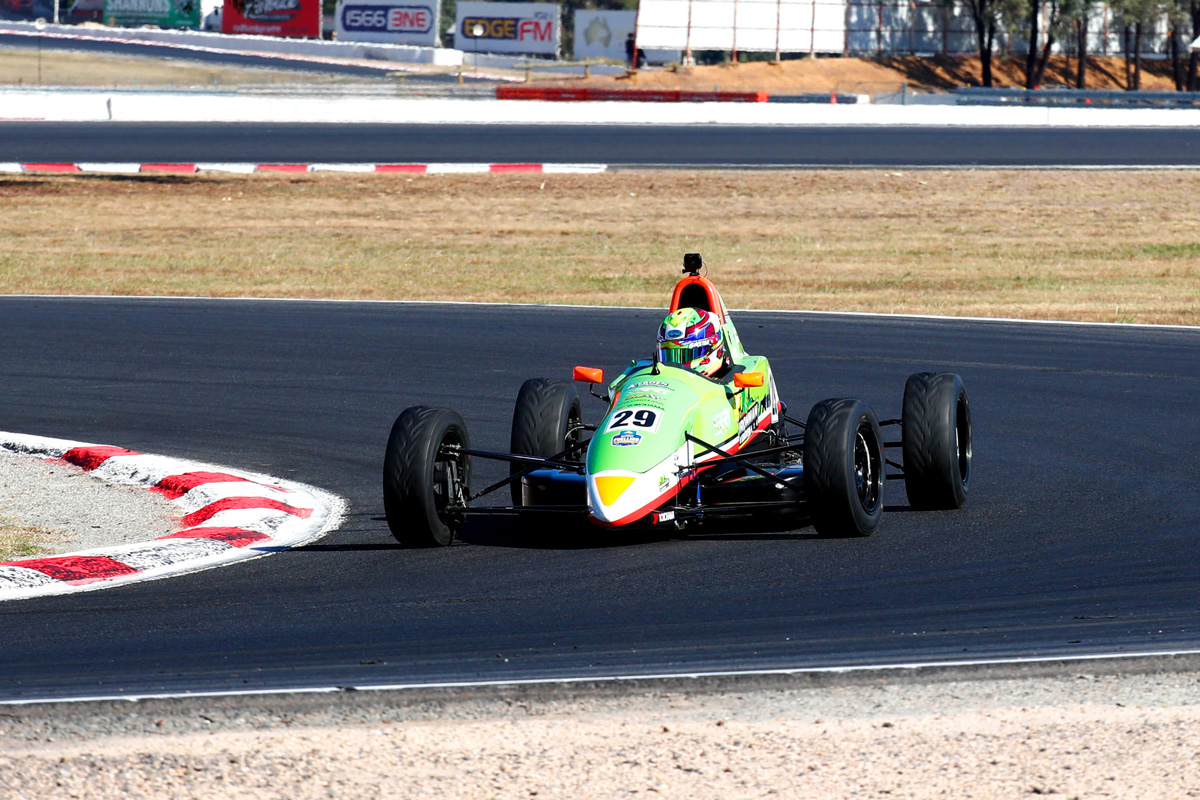 Following a successful outing for its three-car national team at Phillip Island the previous weekend, Radburn made her circuit racing debut three hours up the road at Winton contesting the second round of the Victorian Formula Ford Championship in one of CHE Racing’s Formula Ford race cars.

In what is noted as one of the most competitive state competitions for Formula Ford in Australia, Radburn, 16, but made significant progress during the opening race where she just missed a top 10 in 11th in her maiden race on Saturday, slashing her personal best lap time.

Radburn replicated the finish in Race 2, but cut a further second off her best lap time to be steadily making inroads towards the front running pace.

Although she finished 14th in the final race, she again bettered her fastest time to end her first weekend of circuit racing on a high and leave the circuit with a smile on her face.

“We were close to the top 10 in the second race, but in the last race, we got swarmed on the outside, but really, the whole weekend was pleasant shock,” said Radburn.

“The things that I learnt the most at Winton was throttle application, different lines that you can take and that I could go through particular sectors and the car would handle well.

“I really loved it. Cam (Hill) was very understanding and helped my confidence after a difficult practice day. He has a great crew.

“This meeting will help a lot for my next round at Sydney. We’ve done at test there, so Friday will be a full heads down to get ready for race day.”

Team owner Cameron Hill said that he was highly impressed with her circuit racing debut.

“It was a great weekend, an awesome debut and I couldn’t have asked for much more,” Hill said.

“Every race she just continuously improved and she did her fastest lap of the weekend in the last race, which is always good to see.

“I think she was a little bit nervous heading into the weekend, but after qualifying and the opening race those were gone, so she really enjoyed the experience.

“Imogen did really well and I was really impressed with how she went, especially in Race 2 where she hung onto the back of the top 10. It was great, Imogen was exposed to a lot of new things and she dealt with it very well.”

Focus for Radburn now turns to the New South Wales Formula Ford Championship, of which she will contest all rounds starting at Sydney Motorsport Park April 9-10.