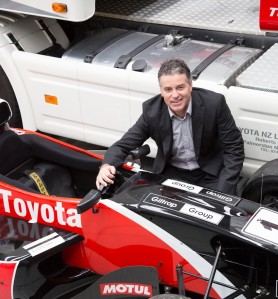 Hydraulink has made its name over 70 years in the Kiwi hydraulic and hose services industry, and is now branching out with an aggressive growth plan that has it expanding its offer in the local market and beyond these shores.

One of its most significant moves: it has bought the New Zealand agency for top-end motorcycle and automotive supplier Motul, a French brand well-known in the high-performance arena.

Under Hydraulink’s ownership, Motul started operating as a subsidiary named High Performance Lubricants on 1 August, and the company will now offer high-performance oil and commodity-based oils such as hydraulic and heavy diesel, a significant expansion that adds 10-15% to total revenue, which is on track to double by 2020.

Motul has an excellent reputation as a supplier to Toyota, Subaru and Honda Motorcycles, having been operated by its founder, a former motorcycle dealer, for the 28 years before the sale.

The two companies share a strong service and relationship ethic and Hydraulink has been bringing that through during the transition phase.

The acquisition allows Hydraulink to expand its service into high-performance oil and commodity-based oils such as hydraulic and heavy diesel.

However, there is an important distinction between the various distribution points and the company will be preserving this in order to support and protect the existing service and supply base that is at the root of both brands’ success.