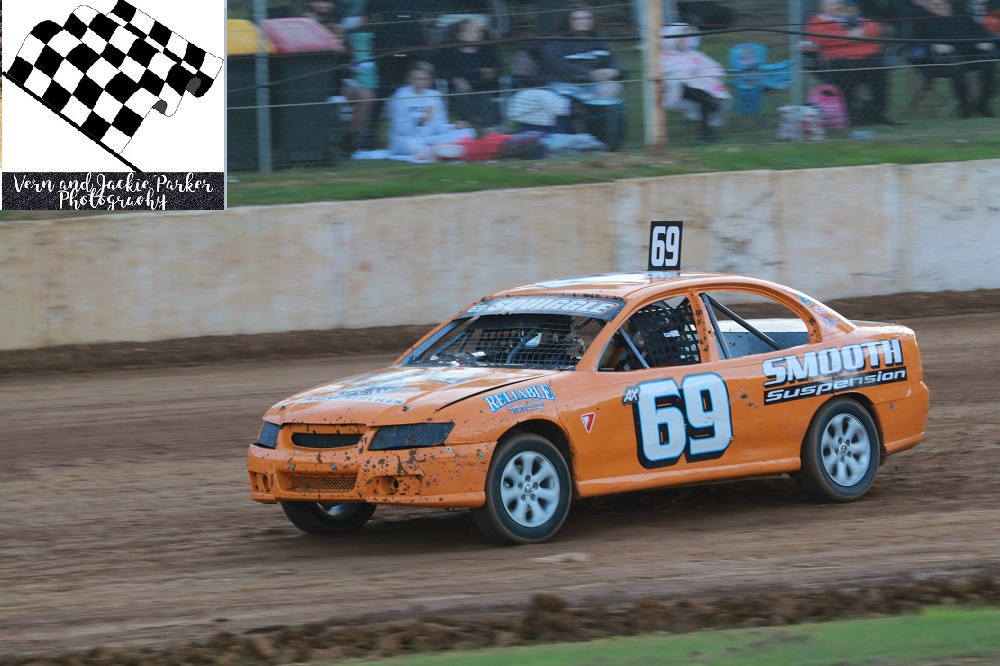 This Saturday night Rushworth Speedway is set to put on a huge show with over one hundred competitors speeding around the terrific track that the Goulburn Valley Auto Club put together for racing. The big events this weekend include the Paul Benton Memorial and Margaret Beattie Memorial that was not run a fortnight ago and on top of that, we add in the Compact Speedcars, Amca Nationals and Grand Prix Midgets series rounds and great fields in the Goulburn Valley club classes and the Sports Sedans.

Entries have changed in the Paul Benton Memorial due to availability of competitors, however the event has still attracted Shane Stewart from Morwell a former Victorian champion, hard chargers Matt Domburg, Micheal Fleming-Robertson, Morris Ahearn, Shane Roycroft, Nathan Hutchins, Wayne Sheerman and Tim Hutchinson and a handy field of other drivers keen to put the pressure on the expected front runners.

It is very hard to pick a winner in the race that honours the late former club President Paul Benton who was a Standard Saloon man back in his day. It is well known that Paul lost his life working at the track to ensure the Standards Saloons had a terrific venue for their state title in the 1990’s. The Standard Saloon competitors are keen to put this race back on the annual map of must do events. Whilst the event also doubles as a round of the Super Series for the class with Sheerman keen to cement that season long trophy that comes with being the top point scorer for the season.

The Margaret Beattie Memorial honouring a former club secretary and treasurer has increased its field of entrants since the cancellation a fortnight ago, and seventeen women will set their sights on the win or podium spot this weekend. Looking through the entry list it is very hard to pick the winner, however based on results on the board Felicity Roycroft is the favourite. Jacquie Fitzpatrick, Jaimi Barber, Tania Hallett, Kayla Knox, Kelly Lamb, and the two granddaughters of Margaret, Belinda and Lisa Chalcraft are all drivers to keep an eye om and then there is ten more we didn’t mention that would be thrilled to finish on the podium.

Compact Speedcar’s will compete for their Victorian club points on Saturday night with plenty of local racers in the line-up. Daniel James, Mark Cecil, Louis Rodriguez, Ally Moore, and Gavin Cooper are Bendigo and Goulburn Valley based racers, James, Cecil and Rodriguez in particular are very capable of taking the win, however they have to beat the current Australian, Queensland, New South Wales and Victorian champion, Justin Paull.

Ash Booker leads the nominations in the Grand Prix Midgets competing in their Masters series. Booker will try to defeat the likes of Chris Fowler, Paul Perry and Shawn Ward, Ward a Benalla racer is keen to get the win for the Goulburn Valley.

Amca Nationals competitors also compete for important points in their series event, with Dean Heseltine, Grant Cullinger, Justin Richardson and Paul Sullivan just some of the entrants trying to finish in the top three of the series. They are not guaranteed a win though with Steve Lodwick leading a field of others that can win and Lodwick would love to do that being from Bendigo.

Sports Sedans have over twenty entrants in their racing this weekend and it is going to be very hard to choose a winner. Some legends of Victorian Sedan racing have nominated, some very strong central Victoria competitors and of course the local contingent from the Goulburn Valley. Anthony Wilson, Bradin Claridge from Bendigo, Caleb Lincoln a winner this year in South Gippsland, Lucas Conder, Zac Swanson, Marc Hanson another from Bendigo, Matthew Brooks, Corey Knox from Bendigo, Felicity Roycroft, David Barrie, Matt Chiminello a winner at Rushworth already this season and Jack Houlahan are all competitors who should be in the mix for the feature win, and even then we have left some out.

In the Production Sedans, Jack Houlahan has been terrific this season, the likes of Geoff Lee, Shane Hutchins, and Jason Ahearn will have a hard task trying to peel off a win; if they do, it would have been hard earnt.

Our Junior Sedan competitors also will have a steer and Keidon Britton, Anthony Hanson, Michael Sayers, Mia Lamb and Ty Claridge are just some of the terrific young racers that are going to be future superstars of the sport to keep your eyes on.

Spectator admission costs are Adults $20, Aged Pensioners $15, Kids ages 12 to 16 $10 each whilst children under the age of twelve are free. A family of two adults and two children aged 12 to 16 is $50 on a family ticket.