Huge season finale ahead for Rushworth Speedway, do not miss the show

Huge season finale ahead for Rushworth Speedway, do not miss the show 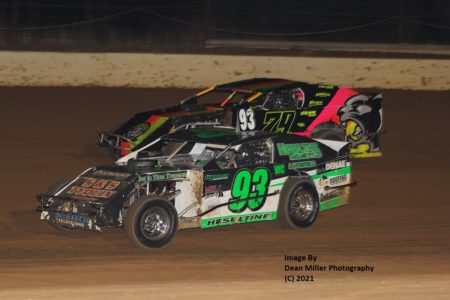 What a season finale Rushworth Speedway has in store for fans this Saturday night. With the ‘Ray Welsh Memorial for Hot Rods, Amca Nationals state series round, a feature event for Compact Speedcars, Sports Sedans and Standard Saloons, plus all the clubs’ local heroes in club Sedans, there is a huge night of racing to be enjoyed.

The Speedway Drivers Association of Victoria Hot Rods have once again allocated one of their prestige events to the Rushworth venue and as per each and every season, everybody will be gunning for victory in the ‘Ray Welsh Memorial’ being held in honour of the one of the sports legends. Victorian Champion Shannon Meakins heads the nomination list with other competitors such as Phil Jenkins, Dean West, and Russell Hovey just some of the drivers keen to get their hands on the memorial perpetual trophy.

After a terrific Victorian title recently at Wangaratta, the Australian Motor Contest Association Nationals are back in area with a series round this Saturday. Stephen Hopkins has been seen on a regular basis at Rushworth in recent seasons and is back to compete, this time in Amca racing. Top drivers in the line-up include Tim Reidy, Dean Heseltine, Neale Peachey, and Paul Sullivan, whilst Mick Kiraly one of the originals of AMCA, returns to the class after a long absence.

Shepparton racers Daniel James the now Victoria number three driver in Compact Speedcars and Mark Cecil lead a great nominations list in the Presidents Trophy for the Compact Speedcars. Victorian Champion Justin Paull comes into town from Melbourne set on reminding everybody why he is the champ, and his sister Tania Hallett, Michael Conway and Mark Hutchinson are others also set to do battle with many local Bendigo and Goulburn Valley based racers now in the class.

Another feature for the Sports Sedans has been put together and this Saturday drivers such as Rhys Collins, Marcus Reddecliffe, Jaiden McCann, Zac Swanson, Mick Rizzoli, and Kayla Knox are just some to keep an eye on. Reddecliffe came second two weeks ago in his last event and Rizzoli was second at Rushworth at the last event here. The race is anybody’s to win with $500 to the winner on the line.

In club class action the Goulburn Valley Open Saloons have attracted the largest field of competitors with last meetings winner Keith Simmonds leading Mick Boyle, Lennie Clark, Corey Knox, and the Smooth Boys, all three of them in the field. Small fields in the Production Sedans, Ladies and Junior Sedans this meeting will still provide spirited competition with club points on the line.