Huge Saturday at Daylesford ends with series wins to Barrow, Smith and Fleming-Robertson

Huge Saturday at Daylesford ends with series wins to Barrow, Smith and Fleming-Robertson 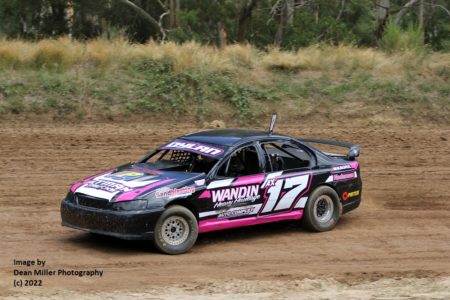 Smith won his second Sports Sedan Power Series feature of the season following up a win from January at Drouin with victory this past weekend at Daylesford. Smith defeated Jamie Paull. Series points leader Robert Garlick, Tommy McDonald, and Felicity Roycroft. Garlick, Paull, Smith, Marcus Griffith then Paull and McDonald all won the qualifiers on the way to the final.

Dylan Barrows win in the Victorian Speedway Council Junior Sedan series was hard thought as he won the third round of the series ahead of other future champions of the sport. Marty Bassett in a new car was second, Rhys Meakins third and Hunter Carey and Jordyn Tewkesbury filled the top five spots in the feature.

Standard Saloon Super Series competition were competing in the fifth round of the season long point score and a new winner stepped up with Micheal Fleming-Robertson winning ahead of Daylesford members Aaron Meakins and Tim Hutchinson. Series leader Wayne Sheerman finished fourth despite a rollover on race day and Rick Stowe a Ballarat local businessman finished in fifth spot.

In local competition for the Daylesford Drivers Association members four classes hit the track. Kate Meyer won the Ladies Sedan racing with a win in front of Ebony Trainor and Charmaine Bryans and in the Junior Sedans Jhett Cruise took the win from Bailey Kakoschke and were the only two Juniors able to finish.

Daylesford Street Stocks finished with Mitch Viney awarded the win after Mick Dann was penalised a spot by the stewards for an indiscretion they had seen. Chris Hay finished third, Ashley Fox fourth and Des Robinson finished in fifth spot. Rounding out all the competition was the Daylesford Modifieds and first year competitor Coby Kakoschke took victory in front of Brad Trainor, Reece Kakoschke and Wade Justice with no fifth placed finisher.

Racing returns again to Daylesford Speedway this Saturday and Sunday for the famous Crash and Bash ‘Bash in the Basin’ round. The Crash and Bash deliberately crash into each other in order to win races and the fans love all the action with cars rolling over on to their roofs or being smashed to pieces. Daylesford classes are back along with 1200cc Junior Sedans and Standard Saloons and Sports Sedans.