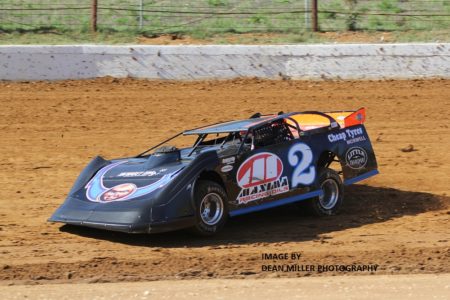 Forty of Victoria’s best Modified Sedans and some of the national biggest baddest Late Model Sedans along with thirty Street Stocks will provide race fans a night to remember this weekend when they head up to Mount Buninyong for the Victorian Modified Sedan title and Victorian Late Model title double header race night.

Drivers have come from all across Victoria and plus a handy Queenslander, a young Canberra based racer and New South Wales visitor will complement the line-up to try and win the Modified Sedan title which will also this season double up as the Ern Overall Memorial due to unfortunate weather this season.

Right in the thick of the action will be Redline member drivers and Ballarat residents including Redlines own Australian Champion in the class, Kye Walters. He leads local first year Modified Sedan racer Darcy Wilson, regular Redline racer Lucas Conder, Nick Cockerill a former Australian Junior Sedan champion some years ago, and the Queenslander Joel Berkley an Australian champion and top gun racer in his own right, racer for the Walters team.

With the Atkins brothers Brock and Todd from Hamilton in the mix for victory leading a long list where we are going to miss out somebody who thinks they can win the race. However Jake Drewett knows how to win at Redline, Brody Chrystie is a consistent front of the field racer, David Jacobi from Lismore New South Wales formally from Fyansford, Graham West in a car made more than 50 years ago, Martin Hawson a racer who knows how to win the Victoria title, and Matt Nelson who can wheel anything, including shopping trolley’s are all other race drivers to keep an eye on.

The Late Model Sedan field are also competing for their own Victorian title and they have also attracted a nomination list worth coming to see. Peter Nicola and his brother Mick Nicola along with Callum Harper, Chevy and Brock Edwards and Brendan Hucker are just some of the drivers to keep in mind when they set off for their title race on Saturday night. Harper was second recently at Warrnambool in the class in a race that Mick Nicola was not present for. Harper starts slight pre-event favourite for the title race.

For a club show, the Street Stocks have assembled a strong list of drivers keen to shine on such a big night. Jason Degoldi the new Victoria number two driver and Morris Ahearn the number three and Chris Marina from New South Wales the new Victoria number four are all in the field. Add to that Jayden Blomeley, Brad McClure in what is slated to be his last race meeting at Redline before he retires for a while, Dale Morrison, Aaron White, Jason Duell, Dean Jenkins and Scott Secombe are some other racers in the field that might be in the mix at the start of their feature race.

Gates to the public open at 2pm, aiming for a 4.30pm to 5pm race meeting start.