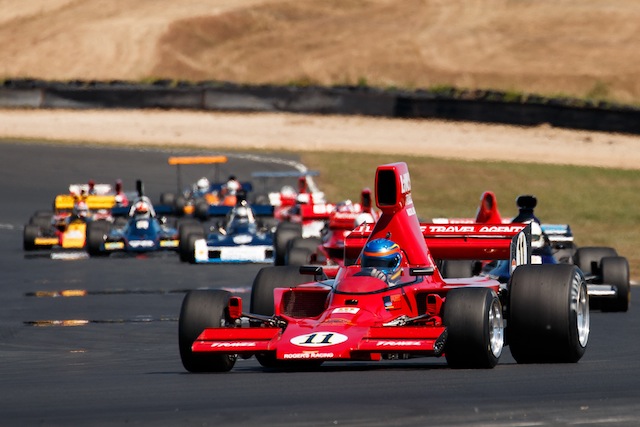 Ken Smith made it a clean sweep

The first weekend of the Gulf Oil Howden Ganley Formula 5000 weekend proved once again to be the pinnacle of historic racing in New Zealand, with record entries, big crowds and mainly fine weather all adding up to a spectacular weekend of motorsport at Hampton Downs.

Formula One cars were once again a big part of the show, with Robert Brock’s sensational Ferrari 412T, the three seater F1 Arrows and the two V12 BRMs wowing the crowds with their noise and speed. The Leyton House March did not run due to an oil leak, but is expected out for the second weekend.

Nobody could touch the pocket rocket for speed or consistency and when he got close in the third race of the weekend, the feature race – Clark Proctor out-braked himself at the dipper in his Metalman March and ended up burried deep in the gravel trap. Kenny cruised home and looks odds on favourite for the first ever Formula 5000 World Series if he can maintain his consistency in the second weekend’s races. 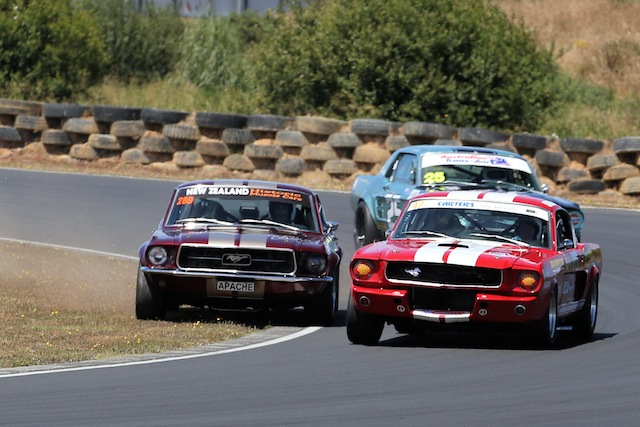 Another highlight of the weekend was a huge entry for the Festival’s now regular Trans-Tasman muscle car challenge, which this year, the third, featured eight cars from the Australian Trans Am series taking on a fat field of mouth-watering machines from the Historic Muscle Car series.

Another popular addition to the programme were the Historic Sports Sedans, with many cars returning to the track after decades away.

Focus now switches to the second weekend, when the line-up of classes changes slightly but the racing programme remains packed. Fans looking to attend weekend two can also look forward to a special treat, a lunchtime appearance by a Supermarine Spitfire.