Horton claims the honours in the Sprintcar title at Redline Raceway

Horton claims the honours in the Sprintcar title at Redline Raceway 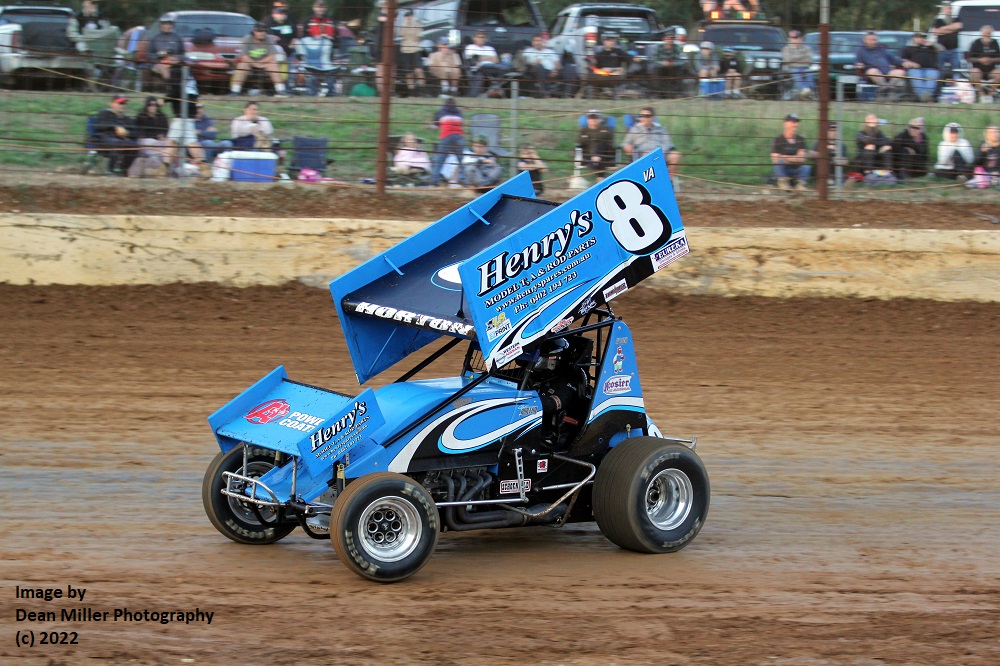 Redline Raceway on Saturday night provided another night of dirt track entertainment where the Sprintcars were the headline act and Bacchus Marsh racer Steven Horton took out the Victorian title crown in his first ever Sprintcar feature race win. Other winners were Aaron Meakins in the Standard Saloons and Dean Heseltine in the AMCA Nationals whilst the Street Stock ‘King of the Mount’ final has been re-scheduled to another date for completion.

Across six heat races to qualify for the title race wins went the way of Sam Wren who was born and raised in Ballarat, Dennis Jones a four-time Victorian champion, Justin Barton who is also Jones team mate, Horton, Shaun Lyness and Peter Laity.

Lining up for the title race over a scheduled thirty laps Barton, Wren, Alistair Bastian the defending champion, Horton and Shane Stevens were in the top six spots. Dayne Bentvelzen started back in the field after a rollover in qualifying, whilst Dennis Jones who failed to finish one heat was another to start deep in the pack.

Wren led lap one with Barton slipping back into third behind Bastian whilst Jones was an early casualty in the race that had plenty of crashes and wound-up infield with Peter Laity. Wren led Bastian, Barton, Horton, and Stevens at lap five. A crash on lap seven caught out Barton and Bastian dropped well back in the pack with damage also and eventually out of the race. Wren maintained the lead and Stevens was now in second with Horton, Nigel Laity and Mitch Sutej the top five.

Stevens took the lead on lap thirteen from Wren and Greenwood moved into the top five at the expense of Sutej. At lap fifteen Stevens lead Wren, Horton, Nigel Laity, and Greenwood. On lap sixteen Horton moved ahead of Wren and a lap later with right flat rear tyre, Stevens exited the race and onto the infield handing the lead over to Horton.

Horton led from lap twenty-one to the chequered flag to win from Wren, Greenwood who on a late charge passed Nigel Laity and another late charger stormed into the top five with Dayn Bentvelzen coming all the way from the back of the field at the start of the race.

The King of the Mount for Street Stocks had some great heat races and unfortunately due to changes in the restrictions on the Speedway, the final for the class was not held and has been shuffled to another race date with the drivers starting where they qualified this past weekend. Dean Jenkins, Steven Watts, Jayden Blomeley, Scott Purdie, Mark Purdie, David Barrie, Mick Dann, Ricky Cornwall, and Jayden Blomeley again were the winners in the heats. Whilst Jamie Crutchley, Melissa Crutchley and Jason Degoldi had a horrible night with all three of them crashing.

Aaron Meakins won two heats in the Standard Saloons and Mitch Foster the other and like the AMCA Nationals they had a top five determined by points. Aaron Meakins finished ahead of Bailey Sinclair, Courtney Meakins, Foster, and Lachie Chivers.

Racing at Redline is next occurring on April 9th with the Bill Evans Classic for Speedcars, Unlimited Sedans Jackpot, Street Stocks and Sports Sedans.