Highlands gears up for the Festival of Speed

Highlands gears up for the Festival of Speed 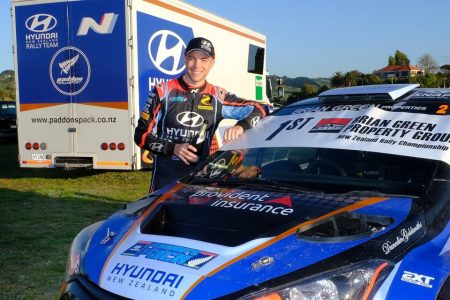 The Festival of Speed returns to Cromwell from April 5 to 7 and it promises to be an action-packed weekend for both competitors and spectators alike. The festival brings together the two things Highlands is famous for, great racing and unique on-track action experiences.

Featuring an impressive selection of classic cars battling it out on the world-class Highlands circuit, the Festival of Speed has earned a reputation as one of the most popular classic car events in New Zealand. This is a weekend of true blue Kiwi racing that celebrates the grassroots and also features some deadset legends of the sport.

There will be some fantastic racing on the track featuring cars from Formula Libre, Pre 65s, Mainland Muscle Cars, Highlands Modern Classics and Highlands Nostalgic Classics. You can wander through the pits, check out the cars up close and personal, have a yarn to the competitors or stroll through the Vehicle Show featuring over 100 vehicles on display. Vehicles are not limited to cars — welcome caravans, boats and motorbikes are also welcome — anything that fits the theme ‘Festival of Speed’.

It’s also an ideal opportunity to experience the thrill of some laps around the track yourself with Highlands popular We-Drive experiences, the Supercar Fast Dash and the Highlands Taxi, available at discounted prices all weekend. And of course, no visit to Highlands is complete without a race with your mates on the Go-Kart track!

The guest of honour on Saturday is Hayden Paddon, the only New Zealander to win a World Rally Championship event. Hayden will show off his skills in his Hyundai AP4 rally car as part of the lunchtime entertainment on Saturday. As part of the demonstration, he’ll have a crack at the lap record around Highlands. He’s unlikely to beat the current record of 1:28.910 set by Liam Lawson in the Toyota Racing Series event in January, but he’s certain to set the fastest lap time ever by a rally car around Highlands. Hayden will join the competitors for the Burgers and Beers Function at the museum on Saturday night which will feature an informal Q & A with Hayden and Tony Quinn.

On Sunday, Highlands owner Tony Quinn will take to the track in a couple of cars from Highlands Museum including Michael Schumacher’s Benetton Formula 1 car and the custom built Monster Tamer that he’s raced at the famous Pikes Peak hill climb for the last three years. The Monster Tamer, a heavily modified Ford Focus with a3.8-litre twin-turbo engine, was originally built for the Race to the Sky hill climb.

Also on Sunday, Highlands professional driver Damon Leitch will host tours of the pits at 11.35am and 2.15pm. Tully Rule, a nine-year-old local lad from Cromwell Primary School came up with the idea for Tully’s Tours which will give fans a rare, behind-the-scenes, guided tour of the pits. Damon and Tully will explain what happens in the pits, the role of the race engineer and mechanic and he also hopes to give fans a sneak peek into the race control tower.

Entry to the festival is only $30 or $50 for a three-day pass and children under 16 get in free with a paying adult. Your ticket includes entry to the Highlands Museum. Friday, April 5 is a practice day and open to the public for free. Tickets are available at the gate all weekend or via our website.