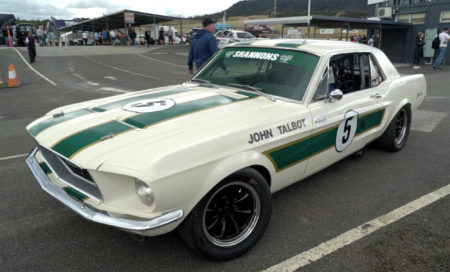 Ahead of this weekend’s Supercars Championship race at Symmons Plains near Launceston, RaceFuels is pleased to confirm that respected Tasmanian motorsport participant John Talbot will retail premium racing fuels.

The Longford-based shop will stock 50 litre and 200 litre drums of the famous ELF Race 102 fuel, an unleaded fuel with lubricity additives to provide protection to engines which previously used leaded fuel.

ELF Race 102 is the fuel of choice for historic racing in Australia, categories using this fuel with success and without engine damage include: Group S, Formula 5000 and Heritage Touring Cars.

The fuel is also the control fuel for one of Australia’s most popular motorsport categories, the Gulf Western Oil Touring Car Masters.

For lovers and owners of heritage racing vehicles, this news is one of the biggest to hit Tasmania as the state builds towards one of its most popular events, the Baskerville Historics in September.

Hundreds of fabulous cars from yesteryear enter the event, and now, the competitors will have a local distribution option to secure ELF Race 102.

John Talbot himself races a pristine 1967 Ford Mustang in the Group N class. He uses Elf Race 102 in his race car, and he says there is no other fuel that he would run through his car.

“The Elf Race 102 is great. It creates more horsepower and torque for my Windsor motor,” said Talbot.

“It also helps the motor to run a lot cooler, which is a benefit for us.”