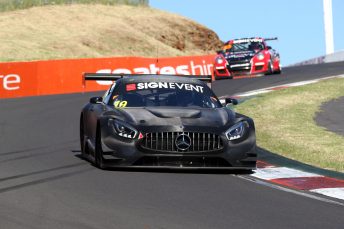 Competitors looking to tame the Mountain at the 2017 Challenge Bathurst are being urged to enter the event quickly, following an enormous early uptake from existing competitors.

The second running of the Event this November 16-19 is expected to sell out with only limited spots remaining to new competitors – with entries now open to all.

More than 250 entries have already been received, with three large car club bookings and more than 170 individual competitors entering in the first 48 hours of entries opening for competitors who tackled the 2016 Event.

The 2017 Challenge Bathurst retains the same format as the inaugural event held last November, competition split into two sections and catering to an enormous range of both cars and drivers.

“We are urging prospective competitors to lodge their entry quickly for the 2017 Event,” said Challenge Bathurst Event Director James O’Brien.

“There has been enormous early uptake from existing competitors securing their place on the grid for this year which means there are only limited spots for new competitors. This is an exclusive event with a limited number of available entries in both the Sprint and Regularity sections so delays in entering may mean missing out.”

The two-day Supersprint to be held on November 16-17 is aimed at experienced motor sport competitors and serious racing cars; including those preparing for high profile endurance races held at Mount Panorama including the Bathurst 12 Hour and Bathurst 6 Hour.

The Supersprint includes eight, 20-minute sessions spread across the two days with competitors racing against the clock. Entries to the Challenge Bathurst Supersprint sold out in 2016 and limited extra positions have been opened for 2017.

The Challenge Bathurst Regularity will be held across November 18-19 and allows for those who otherwise would not have the opportunity to tackle the iconic Mount Panorama circuit. It is the most cost effective way for drivers to test their skills on the world-famous circuit at any of the events held in Bathurst each year.

The five groups of Regularity competitors enjoy six, 20-minute sessions across the weekend. With each group limited to 55 cars, the field is expected to be full soon after entries open.

Entry fees to both the Sprint and Regularity competition remain the same as 2016, while spectators will again be able to access all four days of the event free of charge.

Entry details, regulations and entry forms can be found at www.challengebathurst.com