Harvey looking to take on the world at Willowbank Easter spectacular

Harvey looking to take on the world at Willowbank Easter spectacular 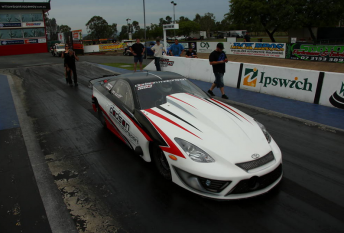 When New Zealand’s Rod Harvey hits the track at Willowbank Raceway on April 4 for the Santo’s Super 3 Extreme Drag Race Event presented by Uplift Cranes and Titan Cranes, he will be doing so with the aim of taking on the world.

The Factory Xtreme racer is currently embroiled in an intense battle for world bragging rights as the quickest and fastest Sport Compact racer with Bahrain’s Ekanoo Racing.

“We have been locked in a battle with Ekanoo Racing to be the world’s quickest and fastest Sport Compact entry for some time – they were number one before we eclipsed them at September’s Jamboree, but then they went to work again to take it back, although we are still the top on this side of the world,” said Harvey.

“They have much larger resources than us, so when we beat them or run quicker or faster it just makes it even more rewarding to know what we are capable of with our limited resources.

“We are hopeful that at the Easter spectacular that we will be able to regain those titles – what we can guarantee is that we will be trying our hardest, running the car as hard as possible.

“We won’t be overly concerned about winning the category, it will be all about going after the records and being number one, and hopefully putting on a great show for the fans in the process,” said the racer, who thanks Terry’s Chassis Shoppe, Dodson Motorsports, Team Bray Racing, his wife Natalie Harvey and a group of friends that have assisted in his preparation for their support.

Harvey will be on-track as part of the Factory Xtreme category, which will take to the track alongside Top Fuel, Top Alcohol, Pro Mod and Pro Street racers in a one-day Easter spectacular that is designed to deliver a short, sharp and action-packed show to race fans at Queensland’s premier drag racing facility.

“The Factory Xtreme bracket is really growing from strength to strength, with six rounds of racing in 2015 and a growing list of interested racers looking to become members – we expect to increase our numbers to more than 25 active racers by the end of the year,” said Factory Xtreme racer and committee member Collin Willshire.

“We will have a great group of racers taking to the track at Easter for what is our second round of the year, with Harvey and myself to be joined by Scott Porter (SPR), Archie Kajewski (MazFix Racing), Mark Jacobsen (Godzilla Motorsport) and Milos Pavlovic (Top RPM Racing) in a determined effort to deliver an edge of your seat show to the fans.

“We really like the concept of the Santo’s Super 3 Extreme Drag Race event, it is all about delivering a short and sharp show and we can’t wait to play a part in that.”