Harding Racing – The Season That Was

Harding Racing – The Season That Was 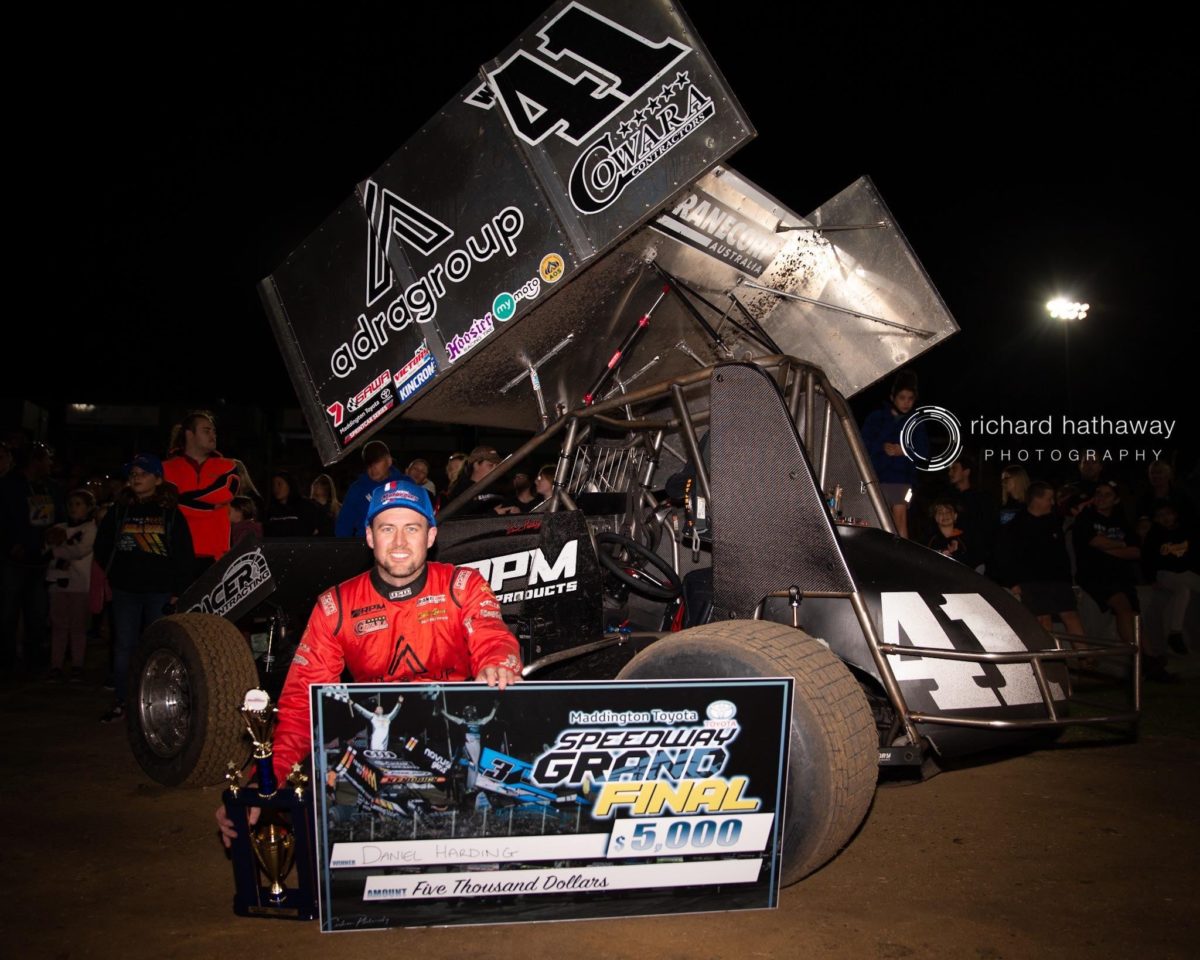 With the 2021-22 season now done and dusted, Harding Racing team driver Daniel Harding enjoyed plenty of highs, which included a pair of feature-race wins during rounds of the Maddington Toyota Sprintcar Series.

Throughout the season, Harding collected a total of 10 podium feature-race finishes that consisted of two wins, along with eight minor podium finishes – five second-place finishes and three third-place finishes.

Harding’s feature-race successes pretty much book ended his season campaign, after he clinched the win in round two of the Maddington Toyota Series back in mid-November at the Perth Motorplex and then rounded out the season earlier this month at the Perth Motorplex with a victory in the 19th and final round.

In between these two victories, Harding collected eight minor podium 410 Sprintcar feature race finishes, but it still wasn’t enough to see him figure highly in the final Maddington Toyota Series point standings where he ended up eighth. During the season, Harding, who had spent most of the season sitting amongst the top three of the point standings, missed the penultimate round earlier this month at Bunbury Speedway.

With the highs came some lows for Harding and the team, which included a handful of big crashes. Aside from the crashes, the lowlight of the season came during the Krikke Boys Shootout at Bunbury Speedway in March, when he suffered a flat tyre on the last lap while in the lead. To add insult to injury, after crossing the finish line in second, he was later disqualified post-race due to going underweight.

When it came to the overall point scores during the season, the best performance from Harding was when he ended up second in the overall WA Speedweek Series point standings over the Christmas-New Year period.

With the season over, Harding and the team are now putting their focus into their 2022-23 season campaign, which is set to begin with the two weekends of the Chariots of Thunder Series on August 19-20 and 26-27 at Darwin’s Northline Speedway in the Northern Territory.

The Harding Racing team would like to thank their 2021-22 season supporters: