Grove looking to build on results in Townsville

Grove looking to build on results in Townsville 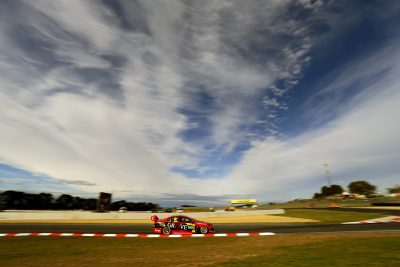 Brenton Grove will be looking to build on results at Round 4 of the Dunlop Super2 Series on the scorching streets of Townsville this weekend (July 6-8).

The young gun is set to cut his first ever laps around the temporary Queensland street circuit in his rookie Super2 season.

After a measured start to his maiden campaign following a switch from Porsche racing to the Supercars formula, the 21-year old is hoping to amplify the knowledge he has gained so far this year on the narrow 2.85km layout.

Recently, Grove acquired Bathurst legend Steven Richards as a driver coach, with Richards to continue as Grove’s mentor for the remainder of the season.

“At Perth, having Richo there came quite late – he was amazing, but we probably didn’t maximise our partnership just because we were coming into it so late,” said Grove.

“Richo is awesome, he’s such a calming influence, he’s got so much knowledge.

“I think he will be more help testing when he can jump in the car, give me some feedback and direct instruction, but for sure, his experience is unsurpassed and I definitely have a lot more understanding of how to drive the car and how to approach the weekend.”

With a best result of 16th in Tasmania this year, Grove says he is heading into the Townsville round with a strong focus on expanding his knowledge an executing a complete weekend.

“I’m going in with no expectations again, I’ve got some things that I’ve identified in myself that I need to improve on, a couple of areas that I’m really going to focus on and put all my effort and attention into that,” said Grove.

“There’s a few things that I don’t really need to worry about, they’re quite good so for me I’m trying to just progress my learning as quickly as possible.

“I think for sure, Townsville I will be pushing hard to create a result.”

Action kicks off with opening practice on Friday at 10:30 AEST, before a second practice session later in the day.

Qualifying takes place on Saturday at 11:25 AEST ahead of the first race at 14:50 AEST.

Sunday plays host to a second qualifying session followed by Race 2 at 14:45 AEST.

Every session will be broadcasted Live on Fox Sports Channel 506.

Make sure you keep an eye on the Grove Racing social media pages as well for updates across the weekend.