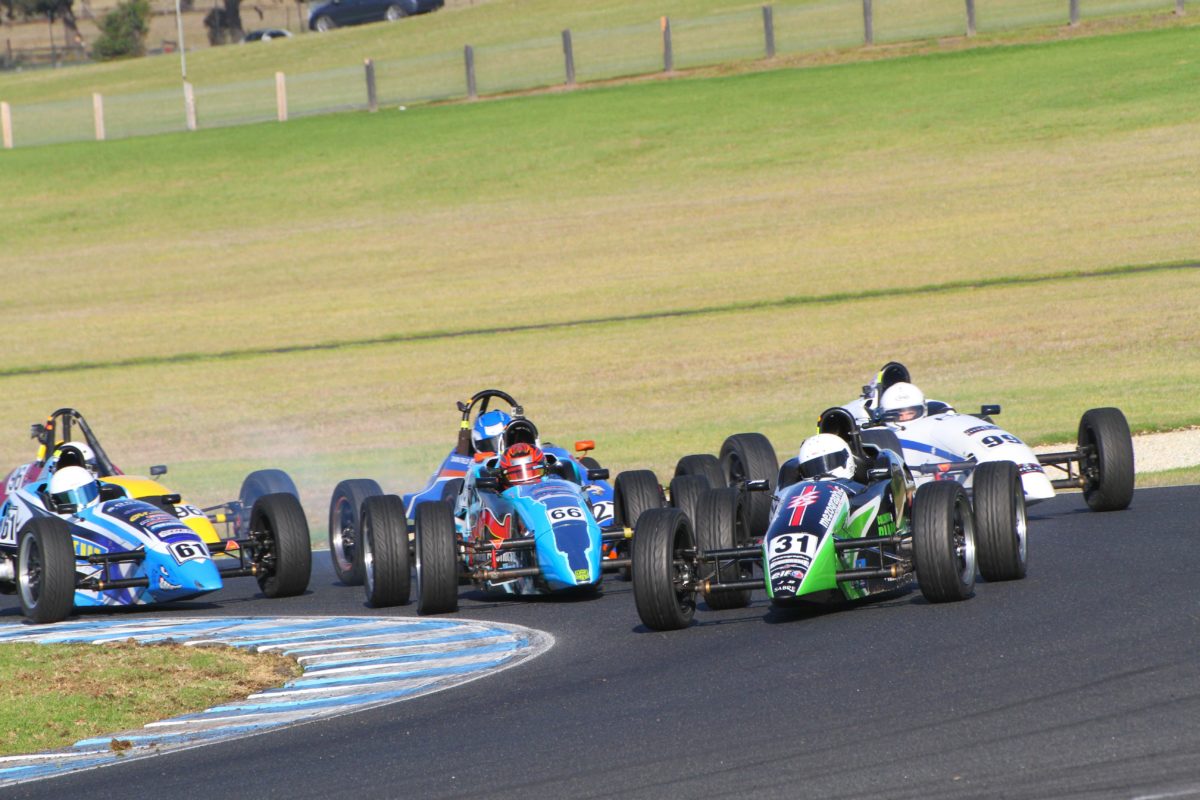 A 23 car field will take Phillip Island this weekend for Round 5 of the 2019 CAMS Victorian Formula Vee State Championship, the final round of the 2019 season, resuming after a nine-week break.

The title will be decided amongst championship leader Jake Rowe, and 2018 CAMS Victorian Formula Vee State Champion Heath Collinson, the former of which holds a 59 point advantage at the top of the standings.

Rowe showcased his talent at Round 4 held at Sandown in July, mixing it with the national contenders in the penultimate round of the Australian Series, placing second in Race 2 and third in Race 3.

While first place is still up for grabs; second place will be highly contested, with Collinson holding out second in the championship by just 10 points over third place holder Nic Jones. A total of 100 points are on offer over the weekend.

The event format sees four practice sessions this Friday, qualifying and Race 1 on Saturday and the final two races of the Championship on Sunday.

The fifth and final round of the 2019 CAMS Victorian Formula Vee State Championship, the championship decider, will be held this coming weekend at Phillip Island on September 28-29.

Tickets are available at the gate.