Grass Roots Motorsport on Show at Champion of Winton Round 2

Grass Roots Motorsport on Show at Champion of Winton Round 2 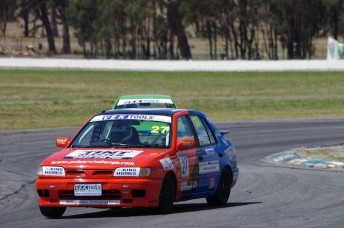 Wangaratta driver Matt Thewlis will be looking for another Pulsar Challenge clean sweep at this Sunday’s Champion of Winton meeting. pic: Judi McDonald

Affordable, grass-roots motor racing categories are the headline acts at Round 2 of the Champion of Winton series this Sunday, 7 June.

The V.E.K. Tools Pulsar Challenge and Excel Racing Series one-make categories will be joined on the program by the Victorian Super TT Series and Clubman Regularity for the one-day race meeting.

The Pulsar Challenge has already visited Winton this season, appearing at CoW Round 1 back in February. 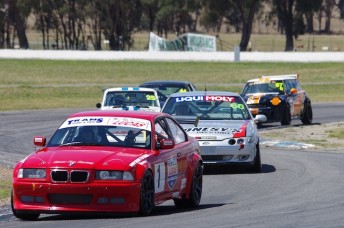 On that occasion it was Matt Thewlis who prevailed with a clean sweep of race victories, but a number of other contenders have emerged in the last two rounds including experienced New South Wales drivers Graeme Heath and Phil Alexander, along with Victorian Greg “Reggie” Wood.

The Excel Series returns to Winton as well, and this time a contingent of NSW Excel Series drivers make the trip south.

The favourite for victory will undoubtedly be talented 18-year-old Daniel Smith, who has been in scorching form in the opening two rounds of the NSW series.

After a heavy crash in last year’s Winton 300, Steve Murray returns to the circuit in his VN Commodore V8, while some smaller-capacity cars like the Mini of Daniel Zandt and Proton Satria of Chris Quinn should take the fight up to the more powerful vehicles.

The Clubman Regularity category makes its first appearance on the Champion of Winton program, with a number of local drivers participating in the popular prototype front-engined sports racing cars.