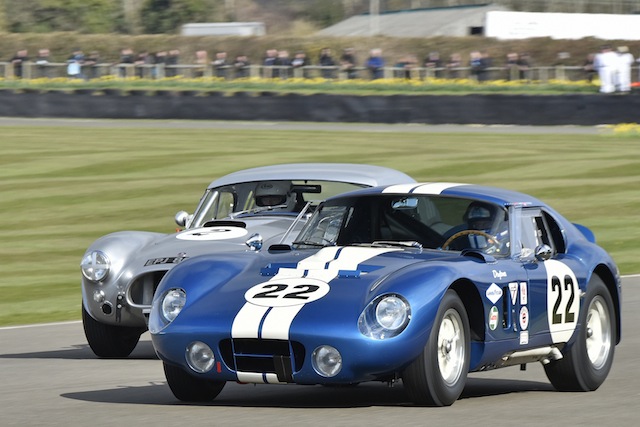 MEDIA RELEASE: international – This year’s Goodwood Revival will mark the 50th anniversary of one of the most iconic GT racing cars of the 1960s – the Shelby Daytona Coupe – with a never-before-seen collection of the V8 racers at the 11-13 September event.

Only six examples of the Daytona Coupe were ever produced; its acquired name a reference to the car’s debut at the Daytona Continental in 1964, at which its drivers Dave MacDonald and Bob Holbert caused a sensation by securing pole position and leading the first third of the race.

For the first time in history the cars will come together at Goodwood to take part in a special demonstration run on each day of the Revival, along with a selection of other significant original Shelby Cobras. At least two of the Daytona machines will race in the Revival’s showpiece race – the RAC Tourist Trophy Celebration – on the Sunday of the event.

Based originally on the British AC-Bristol, the Cobra came into being after American Carroll Shelby – winner of the 1959 Le Mans 24 Hours – began fitting Ford V8 engines and strengthened gearboxes to re-bodied machines from the Thames Ditton-based constructor. 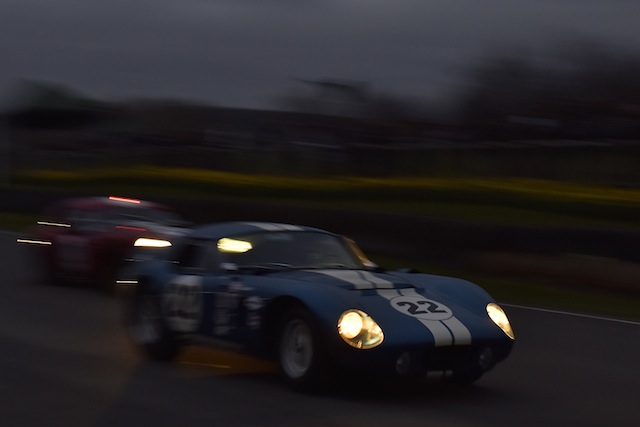 Renowned designer Peter Brock came up with an ultra-aerodynamic body ideal for high top speeds and the Daytona Coupe was born, to be raced by superstar drivers of the era like Dan Gurney, Phil Hill and Chris Amon in the World Championship, which was held for closed-top GT cars during the period.

After a Le Mans class win in 1964, a dominant campaign in World Sportscars in ’65 ensured that Shelby became the first American marque to take the title with numerous class wins from the car, including at Daytona, Sebring, Le Mans and the Nurburgring, with programmes run by Shelby International itself, Alan Mann Racing and – on one occasion – Scuderia Filipinetti.

All the Cobras will be housed in a special area within the main paddock, which will be dressed to resemble the pitlane of the 1965 Sebring 12 Hours for this very special celebration in September. It is sure to be a highlight for the event’s 150,000 visitors to the Revival.