Goodwood Festival of Speed – by the numbers

Goodwood Festival of Speed – by the numbers 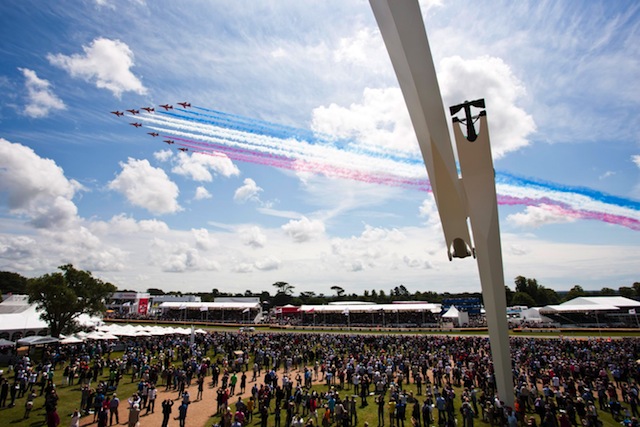 MEDIA RELEASE: With the opening today of the Goodwood Moving Motor Show, the most eagerly-anticipated motoring event of the year – the Festival of Speed – is underway.

But, while the Festival of Speed is already one of the most famous and respected motoring events in the world, the legendary four-day event still holds a few of its own secrets.

Ahead of the annual celebration of all things motorised and motor sport, in quintessentially British fashion, Goodwood has revealed the top 10 things you might not know about the Goodwood Moving Motor Show and Festival of Speed.

*Over 10,000 cups of tea will be served in Goodwood House over the Festival of Speed weekend.

*70,000 cars will be at the event (including competition and Moving Motor Show cars, display cars and those in the public car parks).

*4,200 miles will be covered on the famous 1.16-mile hillclimb over the weekend – that’s the same as driving from Goodwood to New York.

*The collective horse power of all of the cars running on the hill across the weekend is approximately 120,000bhp.

*3,800 bales of hay will be used as crash barriers at the event
300 marshals will work across the weekend to keep the drivers and spectators safe.

*Around 6,000 visitors will camp on the Goodwood Estate over the weekend
The loudest car at the event will be Don Garlits’ Swamp Rat 1-B – an astonishing 1959 drag-racing machine.

The action gets underway on Thursday, June 25 with the Moving Motor Show; billed as the ultimate test-drive experience, the Moving Motor Show will feature global,European and UK debuts from many of the 20 manufacturers exhibiting, meaning that visitors to the event will be among the first in the world to see the newest models from the likes of Aston Martin, Ford, Ferrari and Peugeot.

More than 34,000 visitors are expected to attend the Moving Motor Show, with the total crowd for the Festival weekend expected to top last year’s number of 202,000.

Tickets for the Moving Motor Show are on sale at just £30 for an adult ticket, young persons (13-21) half-price and children under 13 free of charge.

Tickets for the Friday of the Festival weekend are still available at £51 for an adult ticket, young persons (13-21) half price and children under 13 free of charge.