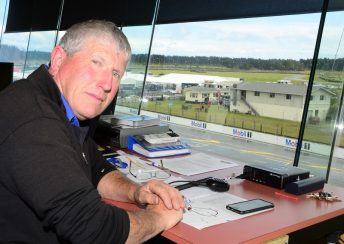 The first FIA Volunteers Day takes place on Friday 12 May, celebrating those who dedicate their time to make motorsport possible in New Zealand and around the world.

“The simple truth is without volunteers, like all sports in New Zealand, we would have no sport,” says MotorSport New Zealand president Wayne Christie.

“A huge variety of roles within the planning, organising, promoting and running of motorsport events are done by our volunteers across the country. From national level events to grassroots club events, we value the contributions of flag and start grid marshals, emergency response and medical personnel, timing and results personnel, clerks of the course and race secretaries, publicists, stewards, event and race directors, competitor relations officers, scrutineers and technical officers, race recovery personnel, pit, paddock and assembly marshals, and stage and spectator marshals. Without our volunteers, New Zealand motorsport is not possible.”

Among the work being done to recognise New Zealand motorsport volunteers by MotorSport New Zealand has been the revamping of the Volunteers Advisory Commission. This is one of six advisory commissions – all run by volunteers – which manage and contribute to several aspects of New Zealand motorsport such category-specific sporting rules and technical regulations. A key task for the Volunteers Advisory Commission at present is the development and implementation of a new nationwide training programme to help standardise the information and standards for several volunteer roles across the country.

Christie adds: “One of the main aims of the day is to encourage new volunteers to the sport, and those interested in registering their interest in finding out more about opportunities to get involved in motorsport in New Zealand are invited to contact MotorSport New Zealand via our dedicated Volunteers Advisory Commission team, email [email protected]”

Of the FIA Volunteers Day globally, FIA President, Jean Todt said: “This is an opportunity to embrace the day as an occasion to thank all volunteers who support our events at all levels. It will also promote the positive benefits that our volunteers gain from their involvement in motor sport, and help attract new people to get involved.”

“It is important for the FIA – and our national sporting bodies – to give the appropriate recognition and publicity to acknowledge that each volunteer’s commitment is an essential part in ensuring the safety and success of every motorsport event.”

Throughout the day, the entire motorsport community – from volunteers and officials to fans, drivers and members of the media – are encouraged to join in and show their appreciation on social media. Using the hashtag #FIAVolunteersDay on Twitter, Facebook and Instagram, people can share photos and stories of themselves in action on the day connecting motor sport volunteers at all levels from all around the world – from club events to world championships.

The date of 12 May was chosen to capitalise on six FIA race events will raise awareness and give thanks to the volunteers who carry out the wide variety of essential roles without which the events would simply not happen. The Spanish FIA Formula One Grand Prix and FIA Formula 2 race, FIA World Touring Car Championship race in Hungary, FIA World Rallycross event in Belgium, FIA Formula E Monaco ePrix and FIA European Truck Racing Championship race in Austria will lead the celebrations, with activities taking place to celebrate the marshals, race officials and medical staff that devote their time with no financial remuneration.

In New Zealand, organisers of recent motorsport have been asked to take photos of their volunteers for these to be shared on social media.