Gilmour looking for strong finish to the season

Gilmour looking for strong finish to the season 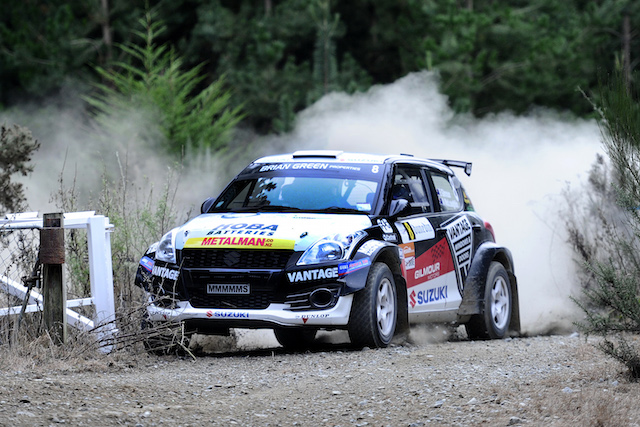 MEDIA RELEASE: Dunedin’s Emma Gilmour is looking forward to a strong finish to her season at the Trusthouse Racetech Daybreaker Rally Wairarapa on Saturday.

She and Australian co-driver Anthony McLoughlin will be aiming to build on the strong run they had at the Mahindra Gold Rush Rally Coromandel where they set two, second fastest stage times in the Vantage Windows and Doors Suzuki Swift.

“I really enjoy this event as I like the roads around the Manawatu and Wairarapa. We will be going all out to improve on our sixth placing in the championship and bring the car home in the top five,” Emma says.

She is only 11 points shy of fifth-placed Graham Featherstone, of Te Aroha, so she still has a chance to overhaul him.

“Wairarapa is the last event of the season’s six rounds, so we are aiming to finish on a high,” Emma says.

After the eight stages over 156 kilometres of gravel roads have wound up on Saturday, Emma will be turning her focus to the Middle East. She has been chosen out of 85 female applicants from 39 countries, to attend a desert racing training camp in Qatar.

In November, she will participate in the joint FIA Women in Motorsport and Qatar Motor and Motorcycling Federation (QMMF) cross country rally project.

Emma is one of 18 women – nine drivers and nine co-drivers – and the only Kiwi female to make the cut.

“This is such an incredible chance to learn more about racing in the desert and I feel really honoured to be picked, with so many other women applying,” she says.