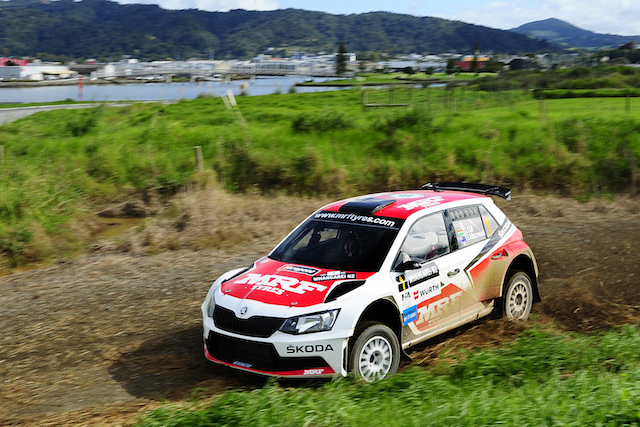 The short 1.45km Hella Pohe Island gravel road test adjacent to the host city of Whangarei became a hive of activity as the three-day event kicks off the six-round six country journey for the coveted title.

Second fastest was team mate and debutant to the series – Germany’s Fabien Kreim and co-driver Frank Christian with a time of 50.7sec in their second attempt.

Following this morning’s shakedown test the teams are in final preparations before the rally show and ceremonial start from 5pm.

Then from 7pm the cars will tackle two runs of the Hello Pohe Island Super Special Stage – being held under lights.

This is where the clock starts, for the journey across 275km of the Northland region’s fast flowing gravel roads.

The journey takes the teams as far north as Kawakawa for eight timed special stages on the fast flowing cambered roads the rally is famous for.

Sunday’s final leg heads south of Whangarei for a further six stages, returning for a ceremonial finish at the Quayside Town Basin from 3pm.