Frosty Canterbury roads ahead for Murphy and Marston

Frosty Canterbury roads ahead for Murphy and Marston 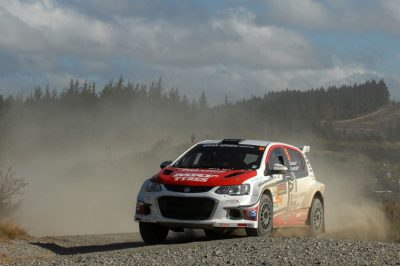 Christchurch’s Josh Marston and Hawke’s Bay’s Greg Murphy can’t wait to tackle the frosty roads of the Ashley and Okuku forests north of Christchurch this weekend for the third round of the New Zealand Rally Championship.

Fifth in the NZRC drivers’ championship after the first two rounds – and therefore seeded fifth on the road for Sunday’s 162 competitive kilometres – Marston has also contested two local rallysprints since the previous NZRC round in Whangarei at the beginning of May.

“A podium finish is the goal for us,” says Marston, who finished fourth at the Canterbury event last year in very challenging, wet and muddy conditions. “The pace is there at times so, with my co-driver Andrew Graves delivering the notes, we just need to put together a good clean run. With the two recent local events, we’ve been able to finetune the car’s setup even further. This is the only forest rally of the year and I enjoy the stages. Unfortunately, it looks like the weather is going to make things pretty slippery but that’s all part of rallying – we’ll be putting our MRF Tyres to the test.”

Murphy is also aiming for a strong performance with his co-driver Mark Leonard, from Timaru. “I think we would have a high expectation for this weekend being that both Josh and I know the rally and the results were pretty good last year, so barring any mechanical or driver errors, two cars in the top six should be a reasonable expectation.”

Having missed the Whangarei event due to his Supercars commitments, Murphy wants to carry on from where he left off at Otago. “The stages I did before retiring on the Sunday in Otago were really good, so I need to try and get straight back to there and not try too hard because I felt really under control and the car was working well. Having a knowledge of the event and therefore what to expect this weekend should hopefully allow me to focus even more on the driving.”

Run by the Autosport Car Club, Rally Canterbury is the only NZRC event with regular length rally stages run at night – the last two stages of Sunday’s itinerary are run in the dark after 5pm.

“The night stages will be a good challenge and something that I am looking forward to,” Marston says. “We don’t do much night rallying anymore, compared to back in the day, so any chance is great.”

“As always, the weather determines so much,” Murphy adds. “We had it all here last year – snow, rain, sleet, mud, fog – so I anticipate the challenges will be pretty extreme regardless of the weather. I was quick in the night stages last year and really enjoy that challenge. We don’t do any other night stages (other than the super special stage in Whangarei) during the NZRC season, so I really look forward to them and the very different aspect they bring. Hopefully the diehard rally enthusiasts will get out in the forest and enjoy them too.”

While Murphy hasn’t driven his #51 Barina since Otago in April, the car’s had a full overhaul from the team at RDL Performance. “Ronnie, Harry and Mark have had the car in pieces and put in some serious hours which I am very thankful for and Kirk at AVR Performance has built a new engine loom and completed other work also. The guys at RDL have also been flat out with Whangarei and a couple of rally sprints with Josh where more development has taken place, so no one has been taking it easy.”

Rally Canterbury formally starts on Saturday night with the ceremonial start and driver signing session next to the Lonestar in Christchurch. On Sunday, teams cover 162 km of competition broken into ten stages and 258 km of touring around the Okuku and Ashley Forests. The first car starts at 8am from Joe’s Garage in Rangiora, and finishes at approx. 7pm at Lone Star Manchester in Christchurch.