From Angola to Aotearoa

From Angola to Aotearoa 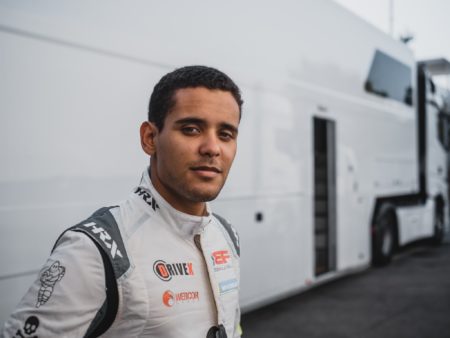 Rui Andrade will join the Castrol Toyota Racing Series for the 2020 season – which begins in January – racing for reigning title holder’s M2 Competition.

Andrade will be the first Angolan to race in the 16 year history of the five-round all Kiwi championship series, which has attracted big names over the years including current Formula One racers Lando Norris and Daniil Kvyatt. Andrade made his circuit racing debut in 2018 – and his debut on the international racing scene – in the Spanish Formula 4 Championship for Drivex where he scored a solid 43 points in 14 races, on his way to 11th overall in the championship.

During a busy 2019 season the 20-year-old has been racing in three series – Euroformula Open and 2019 Formula Renault Eurocup with Drivex and the UAE Formula 4 Championship with Dragon Racing. He has taken no fewer than six podium finishes and two fastest laps so far in the UAE series. In May he also finished fourth best rookie in his Drivex-run car on his debut around the challenging streets of Pau in Euroformula Open.

This will be his first time racing or visiting New Zealand and he is looking forward to the challenge and being part of the most sucessful team in the history of the Castrol Toyota Racing Series, whilst continuing his learning process in single seater junior formulae.

“The Toyota Racing Series has an impressive list of names that have gone on to achieve great things and I aim to do the same'” he explained. “It’s not only an ideal way to prepare for a season of racing in Europe but it is extremely competitive and visits some really cool tracks in a country that I’ve always wanted to visit.

“M2 has a really strong track record in the series and I’m ready to learn from them and my team-mates. I really don’t think there is any better way to spend my winter season!”

M2 Competition’s Mark Pilcher was delighted to secure the Angolan racer, adding: “We are happy to welcome Rui on board. With the testing program in place and the progress shown so far it will be great to see him improve across the five weekends. Like many drivers before him, he will gain massive experience in TRS.”

The 2020 championship will begin at Highlands Motorsport Park in Cromwell in New Zealand’s South Island over the weekend of January 17-19. It stays in the South Island for the second round a week later, moving to Teretonga Park near Invercargill for round two.