Frenchman Anthony Abbasse has confirmed he will return to the Gold Coast next month to defend the Race of Stars crown that he secured in 2018. 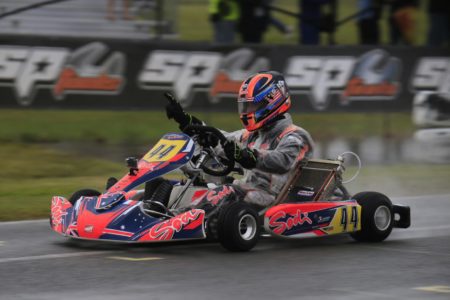 Abbasse, a 12-time French Champion, was victorious on his Australian debut in the corresponding event last year and has got his eyes firmly focused on securing a second Race of Stars Winner’s Surfboard in 2019.

“The Gold Coast is such a beautiful place to go to race. Along with the racing I got to see some amazing beaches and scenery – I even got to hold a Koala – it was really fun.

“I really enjoyed my visit and the racing was very competitive, to win for the Sodi Kart Australia team was a great reward for everyone who put in so much effort behind the scenes.

“The Australian, and other visiting international drivers, are very talented. It was great to be able to put on a fantastic event and I look forward to more of the same next month.”

Abbasse will spearhead a large contingent of drivers in the Sodi Kart Australia team with no less than six drivers expected to line up in the elite KZ2 class aboard the French-made product.

The Race of Stars will launch the Gold Coast into a ten-day celebration of motorsports with the Vodafone Gold Coast 600 Supercars event being contested on the Surfers Paradise Street Circuit the following weekend.