Freddie Hunt at the Maserati Trofeo in Virginia

Freddie Hunt at the Maserati Trofeo in Virginia 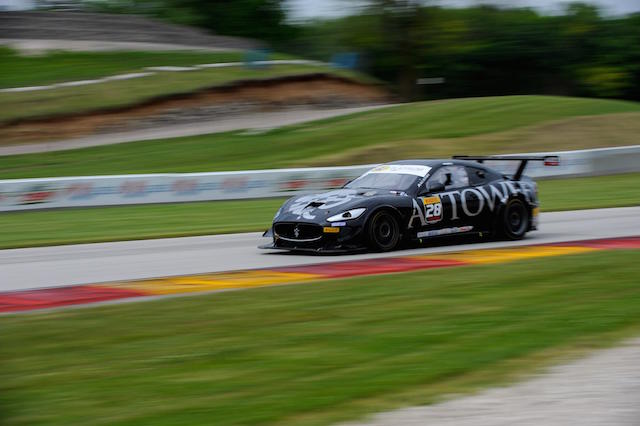 MEDIA RELEASE: Round 4 in the Maserati Trofeo World Series will feature Freddie Hunt, son of 1976 F1 World Champion, James Hunt who has recently moved back into the spotlight courtesy of Ron Howard’s recent movie Rush, which recounted his rivalry with Niki Lauda.

Freddie Hunt will be on the track in Virginia, USA, on the weekend of 21-22 August.

Freddie, born in 1987, has appeared in the British Formula Ford series, the ADAC Formel Masters, ADAC Cruze Cup and MRF Challenge, as well as being an ambassador for Formula E.

In Virginia, the Englishman will be driving a black car featuring special Autoweek livery – the same car which took the chequered flag in Race 1 at the most recent Maserati Trofeo in Road America.

Behind the wheel of the No.28 was another driver with a famous father: Derek Hill whose father, Phil, claimed the 1961 F1 crown.

Freddie Hunt will not be awarded any championship points but will still be going for the win. On the Virginia International Raceway he will be up against a tough field of Maserati single-make drivers spearheaded by Frenchman Romain Monti and Italian Riccardo Ragazzi who are competing for the 2015 title.

Also hoping for a podium finish will be the American contenders competing in the Maserati North America, a mini-series that includes the two US stages of the Maserati Trofeo and a third round, on 13 September, at Laguna Seca.

This race will be part of the Pirelli World Challenge Series, in the GTS class, and will see the Maserati GranTurismo MC taking on other makes of car.

The last time the Maserati Trofeo was held in Virginia, a year ago, Michael Bartels pocketed two wins and Mauro Calamia the other. This time the event has added gloss in the form of Freddie Hunt, an ambitious driver and the son of a world champion.

For more information and updates on the 2015 Maserati Trofeo World Series please click the following link:http://www.maseraticorse.com/maseraticorse/en/en/index.html